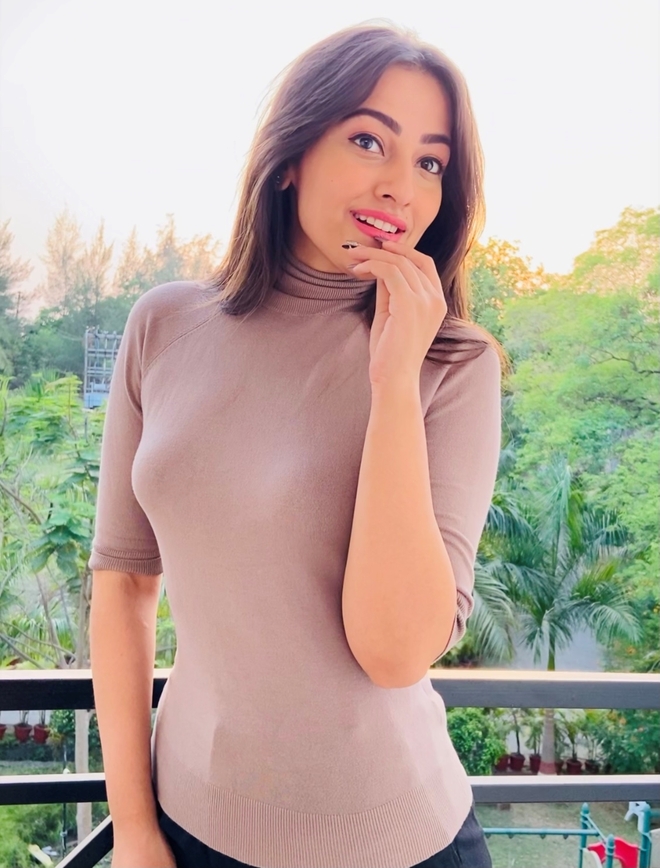 Anupamaa has been high on TRPs since its launch. What do you think is working in its favour?

I have seen the amount of work the creatives and the writers have put in. They have taken care of the smallest details, which make it interesting to watch. There are so many tracks going on simultaneously; every character has a story, and that is the beauty of the show.

The recent track of the show is quite heartbreaking. What was your reaction when you heard the script?

When I heard this track about the tumour, I was quite shocked. But it is a commendable track and people are going to fall in love with it. Also, they’re going to witness a lot of twists.

Your character, Nandini, is known to have maintained her innocence since day one. What do you have to say about that?

It was a process where all of us were involved, including me, the director, Rajan Shahi sir, the creatives, the writers and everyone behind and in front of the camera. I won’t say it was easy to maintain Nandini’s innocence, but I was able to do that because it has been written so beautifully.

How does it feel to be working with Rajan Shahi?

He is amazing! Imagine carrying four shows and being there for each show. It is not easy, but he is just so hard-working. He goes through the scripts, the dialogues and manages everything on the sets. It is lovely working with him.

Talking about the current pandemic situation, how are you keeping yourself positive?

As all my fans know I’m a Krishna bhakt and just listening to his songs on YouTube or reading about him gives me positivity. Chanting his name is all you need and trust me, you will feel good.

How difficult is it to live away from your family during such times?

It gets difficult knowing that your parents are in Mumbai and nobody’s there with them, especially during this scenario. I really miss my parents a lot and call them after every meal. It was a little difficult when I got to know my dad had tested positive. It was hard for me because he is a diabetic and I was a little worried for him.

Lastly, what should fans expect next from Nandini?

Samar and Nandini’s love story is going to move forward. Rajan sir has created some of the best on-screen jodis, and people love Sanan too. A lot will be shown about Nandini now; she will continue to be supportive of Anupamaa and Samar, but her past is going to be revealed now.