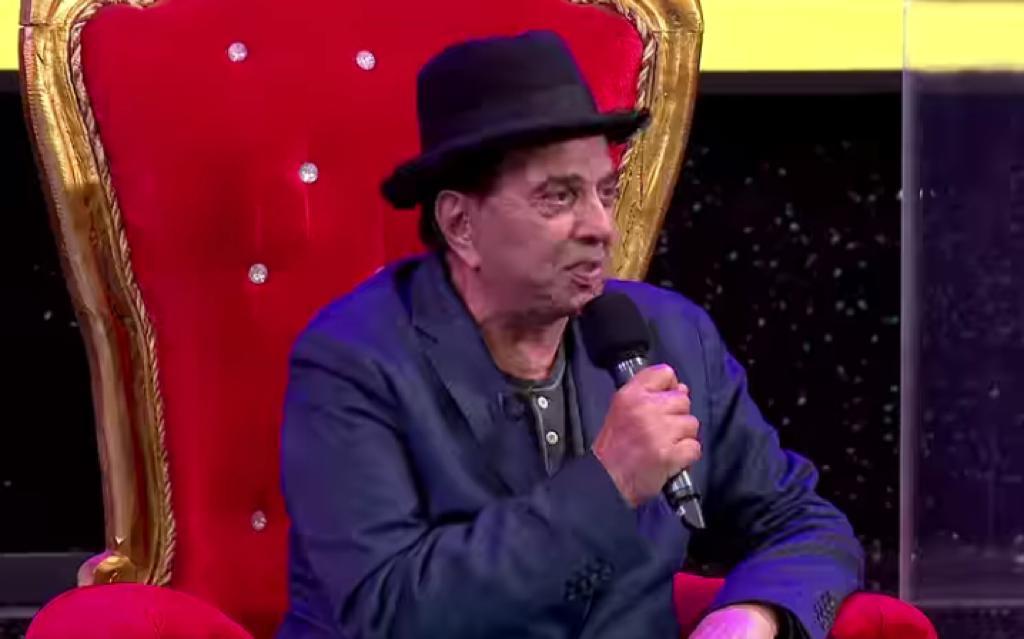 ‘Dance Deewane’ Season 3 was recently graced by yesteryear superstars Dharmendra and Shatrughan Sinha. The promo of the upcoming episode of the dance reality show was shared by the channel on their Instagram account.

In the video, Dharmendra was seen confessing that he had a “huge crush” on veteran actress Waheeda Rehman after watching “Chaudhvin Ka Chand”.

Apart from this, in the clip, one of the contestants was seen dancing to a song requested by Dharmendra. The song was from his grandson Karan Deol’s debut movie ‘Pal Pal Dil Ke Pass’.

During this, Dharmendra revealed how special this song was to him. He went on to share that romance comes very naturally to him and that he doesn’t have to act.

The host, Raghav, quickly displayed a video from one of the previous episodes where Waheeda Rehman called Dharmendra a “big flirt”.

Reacting to this, Dharmendra was heard saying, that he was used to such allegations, and couldn’t stop laughing.

Dharmendra continued to share, that after watching “Chaudhvin Ka Chand”, he was completely smitten by Waheeda Rehman.

The 85-year-old revealed that—in one of the reality shows—when Waheeda was shown pictures of few actors and asked about her crush, she took his name.

“Toh main sochta hoon jab hum fida the tab kya hua tha” (I always think when I was mad about her, then why she never mentioned), joked Dharemdnra.

Everyone present on the set burst out laughing.