Lilly Singh: I do know that I’m a minority on-screen 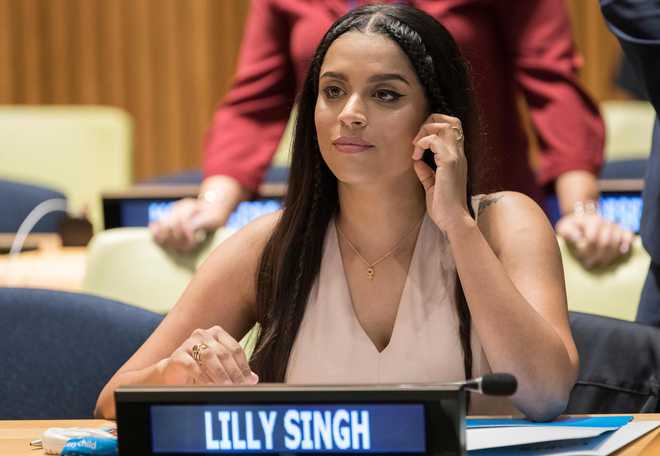 Indian-Canadian comedian Lilly Singh has opened up about facing criticism and her creative ingenuity. She says she knows that she is a minority on screen and that she does know she has a very specific point of view, voice and that she wants to make sure it comes through.

Singh revealed her mind on “The Drew Barrymore Show”. During the conversation on the talk show, host Barrymore noted the comedian creates a tone, does the writing and the producing and also has a part in the directing.

“You play all these different characters. You really are in charge of your own destiny. How do you collaborate with other people when you’re getting notes and critiques and figuring out what’s working and what’s not? What’s your process, because I’m in the same boat?” Barrymore asked.

The comedian replied: “It’s important for me to take the reins of my creative because I do know that I’m a minority on screen and I do know that I have a very specific point of view and a specific voice and I want to make sure that it comes through.” Singh, who is also a late-night show host, added that she has to balance her job profile with being open to feedback and criticism.

“I talk too fast, so if NBC comes to me and says to slow down a little bit, I shouldn’t be a sensitive artist and say no. It’s about finding the balance between voice and being open to collaboration,” the comedian said on the show that airs in India on Zee Cafe.

In Gurugram, e-autos to replace 2k diesel ones