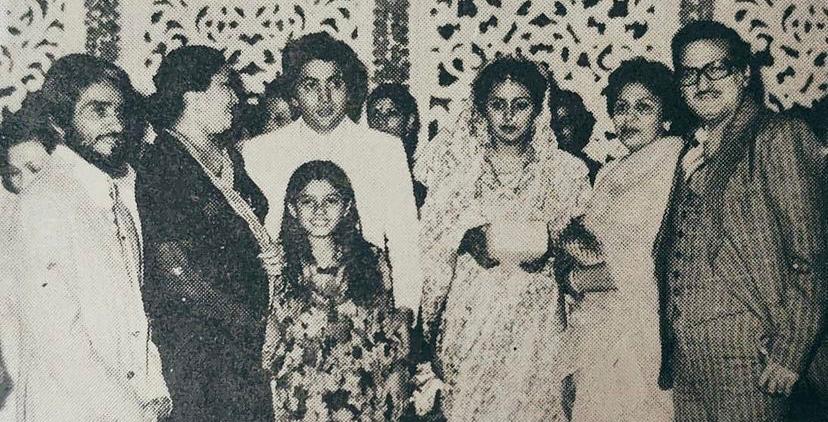 Bollywood actor Raveena Tandon, who is an active social media user, on Wednesday shared an old picture of late Rishi Kapoor and Neetu Kapoor from their wedding day.

The actor took to her Instagram handle and shared a black and white photo of the iconic couple. Along with it, she penned a note that read, “Found a gem. A tad too late though. Thank you @juuhithesoniibabbar for finding this pic. Chintu uncle kept asking me for this pic to put in his autobiography.”

Raveena further added, “And some how I had lost the original. Found it .so that’s me standing with chintu uncle, at his wedding. Wish I’d gotten it a bit earlier. Nonetheless, it is treasure for me. #treasuredmemories @neetu54.”


In the photo, baby Raveena could be seen adorably smiling for the camera while standing beside Rishi and Neetu on their wedding day. The bride and the groom looked happy as they posed along with guests.

Rishi passed away on April 30, last year. Prior to his demise, Rishi was in New York for his treatment with his wife.

The couple got married on January 22, 1980, and have two children, Riddhima Kapoor Sahani and superstar Ranbir Kapoor. The couple also starred together in films like ‘Zinda Dil’, ‘Khel Khel Mein’, ‘Amar Akbar and Anthony’, ‘Do Dooni Chaar’, among several others. ANI