Ready to quit cinema if it becomes hurdle to political career: Kamal Haasan 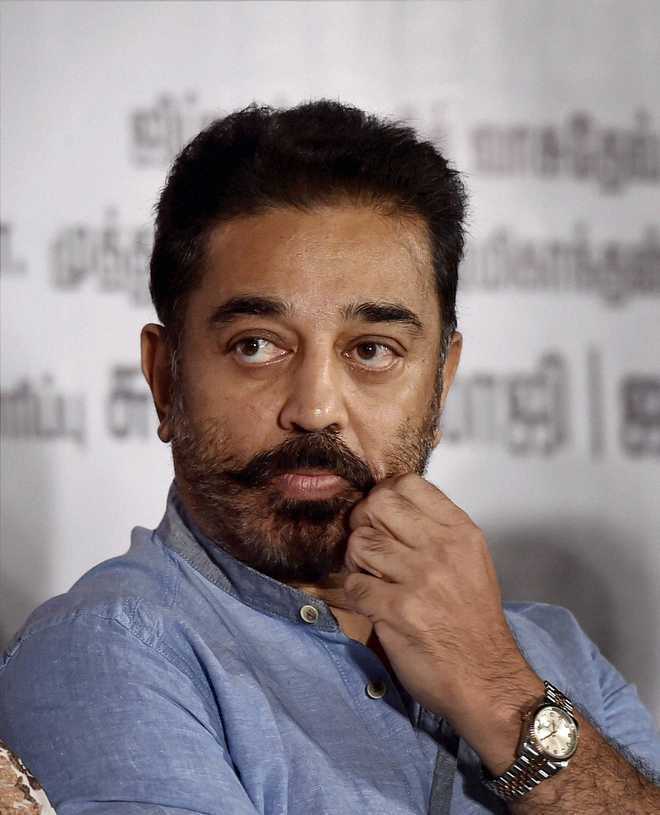 Actor-turned-politician and Makkal Neethi Maiam (MNM) founder Kamal Hassan on Sunday said he is ready to quit cinema if it becomes hurdle for his political career, which was meant for serving the people.

“I will finish all my present assignments and quit films, if they become a hurdle to my political career,” he told reporters here.

Saying his entry into politics was historic, as he was one among the 30 per cent who remained aloof from politics, he said late chief minister M G Ramachandran had as MLA acted in many films to propagate his ideals and to achieve his goal of serving people.

However, if cinema was becoming an obstacle, Haasan said he would leave it to serve people, the MNM chief said, adding that many of his fellow candidates were of the opinion that he would disappear from politics and re-enter cinema.

“Let us see who will disappear, which has to be decided by the people,” Hassan added.

Claiming that he had received some threats from various quarters, about which he refused to elaborate, the actor-politician said that being an honest party, he has submitted the real expenses incurred during the campaign, which was lauded by a few elections officials.

India’s Vaccination Drive crosses the landmark of 7.5 Crore doses administered across the country