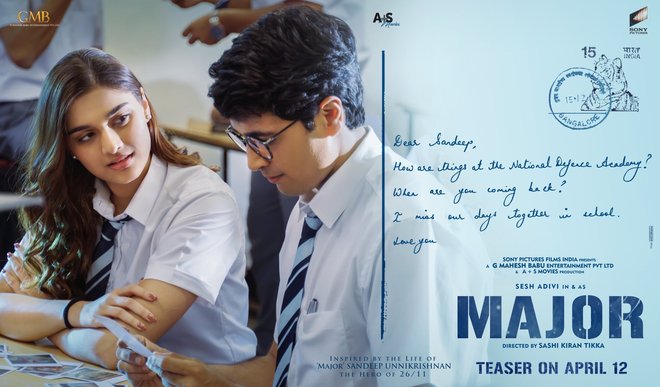 
Actor Adivi Sesh revealed Saiee Manjrekar’s first look from his upcoming film Major recently. Sharing the photo on his Twitter account, the actor wrote, “A letter means something. Every word sounds simple…but is worth so much more. She met him in school. She dreamt of a life with him. She felt much more than she could write…The First Look of @saieemmanjrekar In #MajorTheFilm.” The poster features Saiee and Adivi in school uniforms.

No mask, no entry to Himachal govt offices; can’t board buses

Karnal traders to shut shops till May 10