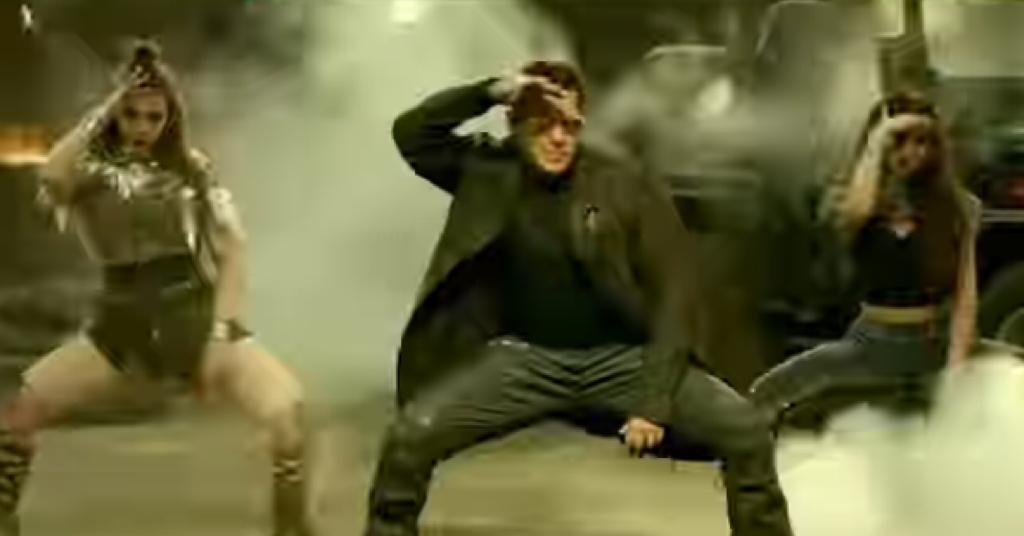 Salman Khan’s no-kissing policy on-screen was broken creatively on ‘Radhe: Your Most Wanted Bhai’. The actor kissed his co-star Disha Patani with duct tape on her mouth.

On being questioned about kissing for real in his upcoming films, he gave a rather funny answer.

“No, no…maybe next time you will see a mota parda (thick curtain) in between me and the heroine, but I am not breaking the no-kissing policy on-screen,” he told Zoom TV in a virtual interview.

In the trailer of ‘Radhe: Your Most Wanted Bhai’, the kissing scene between Salman and Disha played out entirely in silhouette.

Some fans took note of it, and revealed that it was a camera trick.

This was confirmed by Salman in a behind-the-scenes video.

“Lekin iss picture mein ek kiss zaroor hai. Disha ke saath nahi hai. Tape par hai kiss. Tape par (There is a kiss in this movie. It is not with Disha but with a tape),” he said.


Salman—in the behind-the-scenes video—cracked a joke about his 27-year age difference with Disha in real life.

Praising her performance, he said: “Kamaal ka kaam kiya unhone. Badi khoobsurat lag rahi hain. Hum-umar lage hai hum dono. Nahi, woh meri umar ki nahi, main unki umar ka laga hoon (She has done wonderful work in the film. She has looked very beautiful. We appear to be of the same age too. No, she did not look my age, I looked like hers).”

Salman plays a cop on a mission to rid Mumbai of its drug menace.

Arpita Khan Sharma clarifies she has fully recovered from COVID-19

Arpita Khan Sharma clarifies she has fully recovered from COVID-19