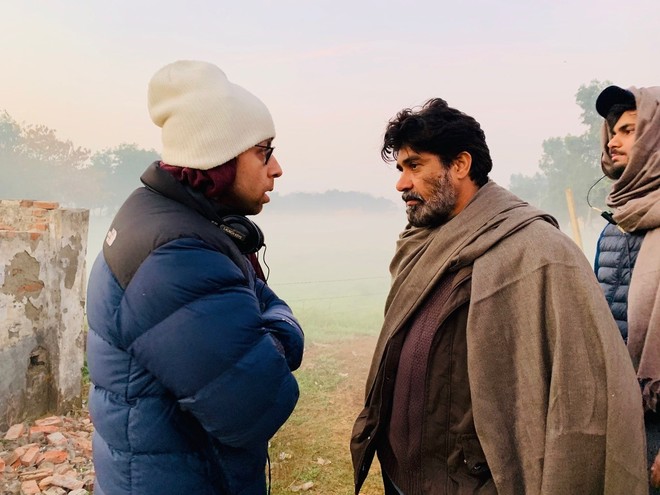 He remembers the never-ending days of learning how to drive a truck — from negotiating traffic, parking it, to the exact way it is boarded by professionals. “The details were important. In fact, even the seat had a hard cushion. Then came the part of ensuring that I was not ‘acting’. Everything had to be in a certain undertone contrary to the loud image of truck drivers portrayed in most films. The audience was to be trusted too — that they would understand the pauses. Adopting a certain body language and conveying with the eyes… It was a fantastic experience,” smiles actor Suvinder Vicky, who played the lead role of the truck driver ‘Ghalib’ in Ivan Ayr’s recently premiered film ‘Milestone’ on Netflix, for which he also won the award for Best Performance at the 31st Singapore International Film Festival last year.

Rich in metaphors suggesting stillness in movement and constant decay, Ayr, who made ‘Soni’ before this, brings forth a certain tenderness to the grilling life of the protagonist whose truck has clocked five lakh kilometers. Interestingly, while the central character is named Ghalib, his new assistant is called ‘Paash” (a major poet killed by Khalistani militants). There is also a cameo by poet Aamir Aziz (‘Sab Yaad Rakha Jayega’).

Though Vicky has been seen in several Hindi and Punjabi films including ‘Udta Punjab’, ‘Kesari’ and the series ‘Paatal Lok’, it was Gurvinder Singh’s ‘Chauthi Koot’ that proved to be a turning point in his career, with critics acknowledging his intensity and grace. “It was a whole new experience for me. I had never worked on anything quite like that before. Singh has his own distinct style. He does not speak much and prefers his characters to convey through long silences. Every day was a whole new experience for me.”

Enjoying all the praise coming his way ever since the movie premiered on May 7, Vicky smiles, “My phone has not stopped ringing. I thoroughly enjoyed working with Ayr. I am glad people from across the globe are receiving it well.”

A pass-out from Punjabi University’s Theatre Department, the actor who is seen in both mainstream and realistic cinema believes that they are equally challenging. “For me, it is important to approach it with all honesty and give it my best. In case there is something I do not want to do, I say a clear no. Not just films, I have also done more than 30 music videos.” Ask him if the Punjabi film industry has done justice to his talent and the actor says he has no regrets, “I have had the fortune of working with directors like Manmohan Singh, Manoj Punj, Pankaj Batra and Anurag Singh. If I had not done films in this industry, people like Gurvinder and Ivan would not have approached me.