The Serpent, based on notorious criminal Charles Sobhraj, keeps you hooked 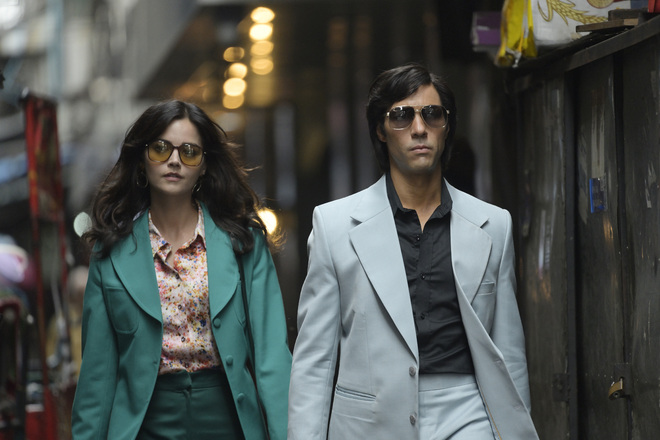 Who exactly was Charles Sobhraj — the ultimate ladies’ man, the conniving conman or the vilest serial murderer? If the question continues to intrigue you, there is no reason why the BBC/Netflix series, The Serpent, won’t. However, the series does not gloss over the crimes of this hardened criminal. Sure, the actor Tahar Rahim playing half-Indian, half-Vietnamese, Charles Sobhraj is a handsome man and looks every bit enigmatic too. His sweetheart Marie-Andrée Leclerc aka Monique (Jenna Coleman) matches his glamour all the way. Beneath their charm offensive lie sinister designs.

The series does not let his obvious (and venomous) charm take away from his pitiless acts. The fact that in his heyday he was a smart cookie who hoodwinked not just his victims, but also the police is factored in. But above all he was a killer who had no compunction in robbing/murdering gullible men and women, mostly hippies.

The Serpent lives up to its title as well as the name given to Sobhraj for his ability to slither away and is not ambivalent about his wrongdoings. His childhood problems (there was no love lost between him and his Vietnamese mother who divorced his Indian father) may have propelled him to become the ‘Bikini Killer’ as he was infamously known. All this surfaces much later in the series and is not used as an alibi to justify him. Besides, though he is depicted as a party animal there is no unnecessary romanticising of the man or his Casanova image. Moreover, it’s only in the later episodes that he is given some smart one-liners. When he utters, “I intend to die an old man,” you realise it was no empty boast. For after serving jail time in India he is very much alive, even if languishing in a Nepal jail.

Step by step, from him holding others captive to his capture, the series goes on to build the arc of the man. He could change his identity as fast as the speed with which he would swindle passports and get rid of backpackers to which they belonged. This was his modus operandi. But the series primarily focuses on Thailand which is where he posing as gem dealer Alain is believed to have committed maximum number of murders. It is also where we meet his nemesis, a Dutch diplomat Herman Knippenberg (Billy Howle). From the moment Herman learns of the disappearance of two Dutch nationals, he becomes a man possessed. Working outside of his purview and authority how he connects the dots that lead him to Charles forms the backbone of this thriller that sends more than a chill down your spine.

There is more than one moment when your heart is literally pumping against your chest. Take the scenes where Dominique (Fabien Frankel), a French man held captive by Charles tries to escape. Will he, won’t he; the excitement is as palpable and as real as if not just Dominique’s but our life depends on it. And one is actually afraid for this French woman Nadine (Mathilde Warnier), who sticks her neck out and collects evidence for Herman. The obsession of Herman to nail Charles nearly matches the ruthlessness of the man who goes about getting rid of his victims as not just matter of fact, but also a matter of right. In one particular episode where he lands in Nepal he also indulges in a mini diatribe against hippies, lending the series a piquant touch.

Indeed, the depiction of how he ensnared his victims gets a bit repetitive at times. Yet the eight part series never loses its grip over you and each episode does climax as a cliff-hanger. Told in a non-linear manner as the narrative continues to go back and forth, three months later, two months back, you do get a tad irritated with keeping tabs on the timeline that mostly hovers around 1970s. But the maze the directors and writer create is worth getting entangled in. With understated performances (pitch perfect Tahar Rahim) and cinematography that brings alive not just Thailand, but other countries such as Nepal, even India and Pakistan, the series takes you through, The Serpent sure works its charm upon you. The biggest triumph of the series is that without glorifying, it allows you a peep into the mind of the criminal who in Herman’s words, “loved notoriety as much as he loved to escape.”

Covid curbs: Technology being used to keep tabs on weddings in Shimla