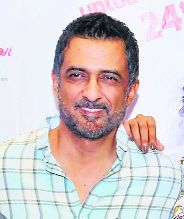 If your birthday is on April 6

The number six is the most balanced of all numbers, but also contains within itself the greatest paradoxes. It is as if opposite tendencies were tenuously poised. Your year starts off high on energy.Travel will bring you both prosperity and pleasure. A rise in expenses will make it difficult for you to save. Be careful with your selection of friends. April-May and August-September will be particularly favourable for studies. Students who will work hard during this period will achieve good results. You will get success in a competitive exam in September. In order to improve your concentration, practice meditation and yoga on a regular basis.

You share your birthday with Bollywood actor Sanjay Suri (April 6, 1971, Srinagar), who made his debut in 1999 with the film Pyaar Mein Kabhi Kabhi. He was also associated with the film Heroine in 2012. His career will pick up now.

Spare no efforts to ensure integrity of examination process at all costs: Parliamentary panel to SSC

Singer, lyricist and music composer Goldie Sohel is on cloud nine as his recent composition Kareeb was sung by none other than Vishal Dadlani