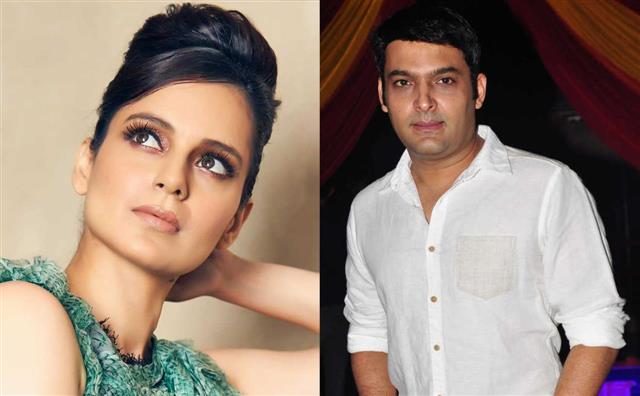 Comedian Kapil Sharm on the ‘Shandaar Shukravaar’ episode of KBC 13 spoke about Kangana Ranaut and explained how his fitness trainer left him and ran away because of her.

When Sonu Sood once went to ‘The Kapil Sharma Show’, the actor asked Kapil to look into his fitness but the comedian did not take it seriously.

However, Sonu Sood made sure Kapil takes his fitness seriously. He asked his fitness trainer to make Kapil fit.

Thats where the story began. Kapil said that Sonu’s trainer wouldn’t just leave him until he got Kangana Ranaut as his client. That day, he left a dumbbell on his chest and ran away.

After listening to Kapil, the studio audience, Big B and Sonu burst into laughter. Kapil also entertained the audience by singing songs of Amitabh Bachchan ‘Rimjhim Gire Sawan’.