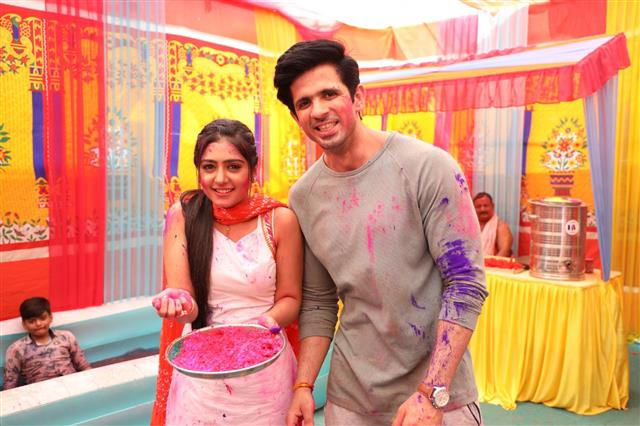 
The Festival of Colors is around the corner and the team of Sargam Ki Sadhe Satii was the first one to celebrate the festival. For a sequence, the Awasthi parivar celebrated Holi and the jodi of the house, Appu and Sargam, participated in a dance competition. Both Anjali Tatrari aka Sargam and Kunal Saluja aka Appu are great dancers. Appu and Sargam recreated the iconic song Ghunghat ki aadh se.

While talking about the Holi celebrations on the sets, Anjali Tatrari says, “Holi celebrations are always fun and filled with happiness. Kunal and I re-created Ghunghat ki aadh se for the Holi competition which was an ultimate treat for me.”

The Kapil Sharma Show to return

The Kapil Sharma Show to return

India to be added to England red list on Friday