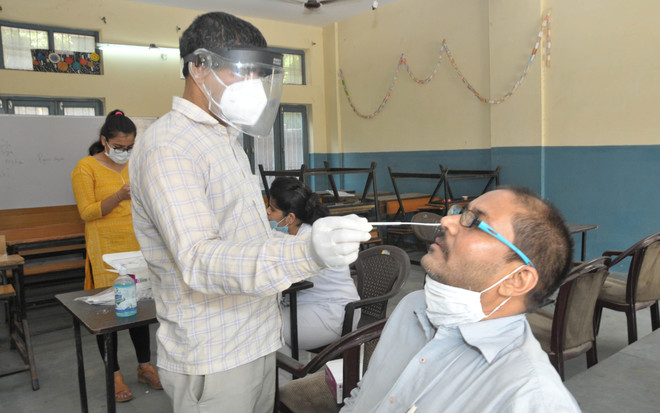 The district administration has planned an 18-day drive from March 30 to April 16 to trace and test Covid patients following a surge in cases. It has also decided to map the high-risk population and increase testing.

Civil Surgeon Dr Sukhbir said, “The Health Department will be testing vendors, shopkeepers, delivery boys and milkmen as they come in contact with a large number of people every day. The police will patrol containment zones. Banners will be installed in streets where Covid patients reside.”

DC Sharandeep Kaur said, “Officials have been directed to keep tabs on containment zones and take action against those found violating the norms. Shopkeepers and vendors found without masks will be issued challans.”

Meanwhile, 112 new Covid cases were reported in the district today, taking the number of active cases to 911. In all, 73 patients were discharged, while two deaths were reported. The district has reported 145 deaths. — TNS

More than Rs 25,586 crore sanctioned to over 1,14,322 accounts by the Government under Stand-Up India Scheme in 5 years