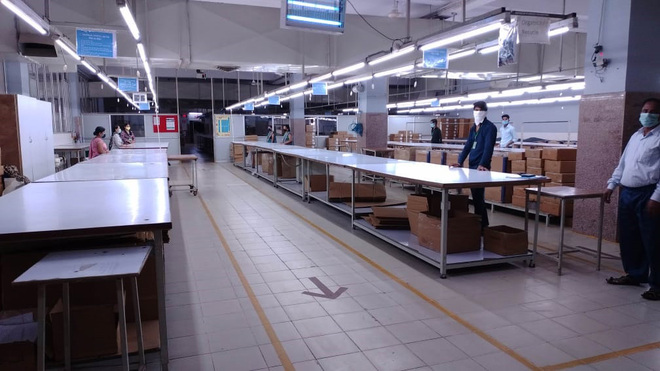 The deadly second wave of Covid-19 has hit the local industry hard.

With manufacturing/production down sharply, entrepreneurs have been left worried with no special package or help from the government to support industrial activity.

“While around 25 per cent of the labour force or workers have gone back to their home states, Covid has left another 25 to 30 per cent of the workforce sick, making industrial production slip by 50 per cent of what was produced a couple of months ago,’’ said Rajive Chawla, a leading entrepreneur and president, integrated association of small, micro and medium enterprises of India (IAMSME).

While around 25% of the labour force or workers have gone back to their home states, Covid has left another 25 to 30% of the workforce sick, making industrial production slip by 50% of what was produced a couple of months ago.

Stating that he was among the entrepreneurs who had lost some employees to Covid recently, he said the production shifts in a majority of the units in the city had been curtailed to single from two or three, mainly due to the decreased demand in the market as sales outlets had either been closed down or the demand had shrunk sharply due to the economic slowdown in the past two months.

“With some of the leading OEMs or large units closing down their plants or cutting down production, the demand of ancillaries supplied by local units has come to lower levels, hence the slowdown,’’ he said, adding that it had made some of the units to start laying off their employees.

“The rise in the price of steel, diesel and the ban on the supply of industrial oxygen had left the industry gasping for breath,” he added.

Describing the situation as pathetic, Col S Kapoor, former executive director of the Faridabad Industries Association (FIA), said the pandemic had hit factories badly, as a large number of employees had got infected and there was a drop in sales.

Ramneek Prabhakar, general secretary, Manufacturers Association Faridabad, sought government help in this tough situation. The district has around 25,000 industries with a workforce of over five lakh.

Farmers from 4 districts to protest at Delhi borders every week: BKU