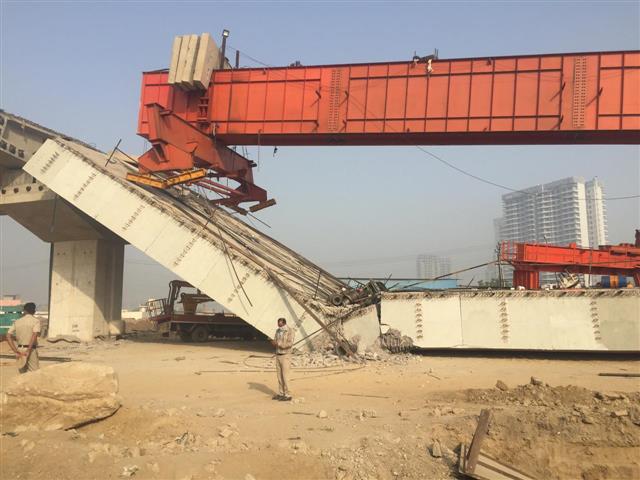 A portion of an under-construction flyover on the Gurugram-Dwarka Expressway near Daulatabad collapsed on Sunday morning. Three workers have reportedly been injured and rushed to hospital.

Police along rescue teams are getting the slab and debris lifted to ensure nobody is trapped there. According to police, no casualties have been reported so far. Senior NHAI officials have reached the spot but the reason behind the collapse is still to be confirmed. It may be noted that the Union Minister for Road Transport and Highways Nitin Gadkari visited the Dwarka Expressway this month to assess the status of the project and suggest measures to ensure that work is expedited on this project, which has been in progress since 2008.

UP man gets death sentence for rape & 3 murders

UP man gets death sentence for rape & 3 murders