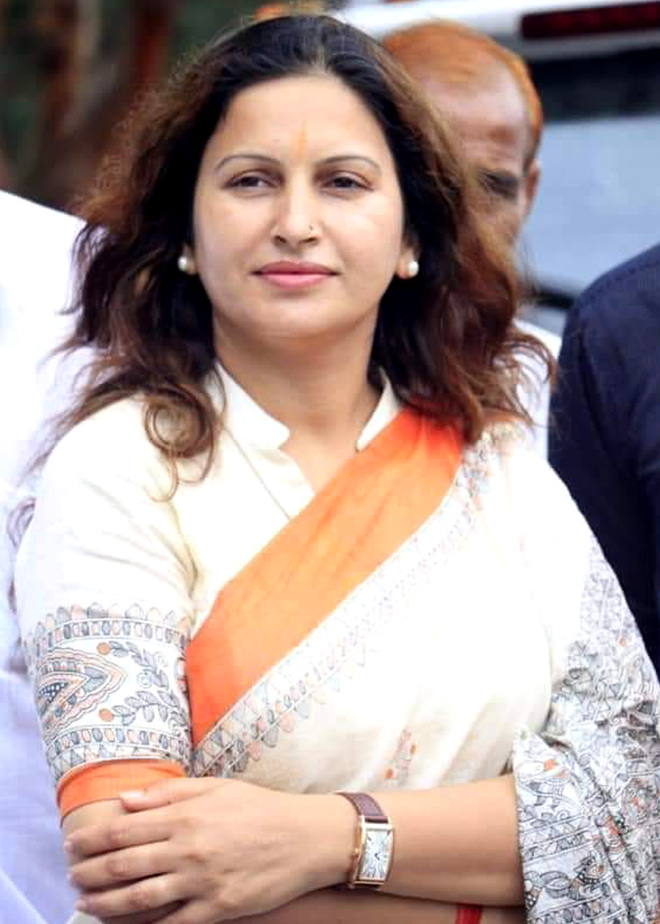 BJP leader Sonali Phogat, who had contested the Assembly elections from the Adampur constituency, has released a video stating that the protesting farmers failed to scuttle the visit of Deputy Chief Minister Dushyant Chautala in Hisar yesterday.

Phogat, who had been in the spot for thrashing a market committee official, said while addressing farmers, “Jawab acche se mila kal. Kya ukhad liya. Deputy CM aaye aur saare programme karke chale gaye. (You got a befitting reply yesterday. The Deputy CM arrived and completed all his scheduled programme. But you could do nothing)”. The video has gone viral on social media. She said that the government was working for the welfare of people. “Leaders are working so hard and you are tying to chase them and hurling abuses at them. You dare disturb the events,” she said. The protesters were indulging in unnecessary politics, she added. — TNS