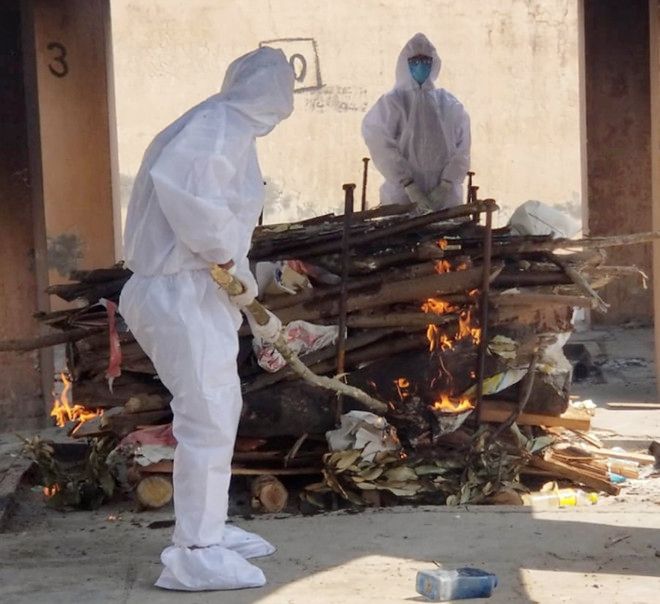 With reports emerging that Covid patients dying in home isolation were being cremated without following due procedure, Deputy Commissioner Manoj Kumar today asked the municipal authorities to ensure strict adherence to the government protocol.

Kumar, also the chairman of the District Disaster Management Authority, has ordered deployment of police personnel at crematoriums.

The families of patients passing away in home quarantine are learnt to be conducting their last rites without informing the local administration. The factor is being blamed for the recent surge in cases in the city and other parts of the district. It could also have a link to the sharp rise in the number of cremations at non-Covid crematoriums in the city over the past fortnight. The administration has designated two crematoriums in the city for the last rites of Covid victims.

Though health officials telephonically remain in touch with home isolated patients or their families, several cases are learnt to have come to the fore where the last rites were performed without informing the authorities.

The Deputy Commissioner has ordered the Rohtak Municipal Commissioner and all Block Development and Panchayat Officers to ensure strict compliance with norms related to cremation of those succumbing to the virus.

“It is apparent that over the past few days, the deaths of Covid patients who are in home isolation have been increasing and their families aren’t disposing of the bodies as per protocol. This may cause the virus to spread more rapidly,” read the DC’s order. The order also asked the officials to ensure the kin of the deceased informed nearby hospitals about the death.

DSP Gorakh Pal Rana said police personnel had been deployed at crematoriums in view of the DC’s order.