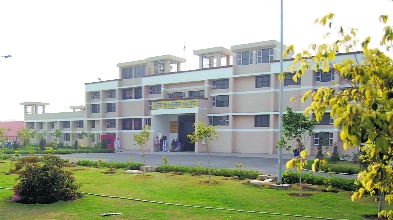 The Haryana Government has decided to allow the extension of parole or interim bail of 2,017 convicts and undertrials, who are sentenced up to seven years or facing trial for offences which stipulate maximum imprisonment up to 7 years till May 31.

These were earlier released under the orders of a high-powered committee (HPC).

An official spokesperson of the Home Department said the committee had also reviewed the reports submitted by the jail authorities regarding the surrender of convicts under Phase-I, II and III at the meeting. It was found that out of 879 convicts, 851 surrendered, eight convicts had been given extended parole by the HC, one convict got released prematurely by the government, 11 convicts died and eight convicts absconded. The committee had further directed the undertrials to seek regular bail in accordance with the law.

The HPC also allowed Covid vaccination to all inmates eligible under the criteria fixed by the Centre on a voluntary basis.

On account of difficulties being faced by the jail authorities in conducting interviews, the committee also accepted the recent proposal of the Prisons Department for holding interviews of inmates with their family members, said the spokesperson.

The committee, at its last meeting held on February 11, had directed the jails authorities for readmission of 2,580 convicts who were involved in heinous offences from February 23 in nine staggered phases. Now, in view of the current strength of inmates in jails, surge in Covid-19 and ongoing readmission of 2,580 convicts, the HPC had extended the parole and interim bail of 2,017 convicts and undertrials.

The jail authorities were directed to submit surrender plan by May 10. The date of the surrender be fixed on the basis of date of release.

Half of Covid patients in Maharashtra under-40, only 18% elderly positive