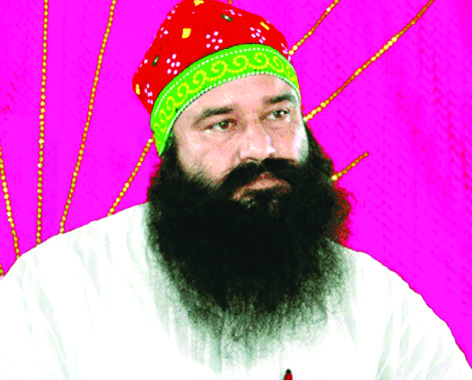 Sirsa-based Dera Sacha Sauda chief Gurmeet Ram Rahim Singh Insan, who was admitted at Rohtak PGIMS, is currently stable and kept under observation. He was shifted from Sunaria Prison to the local hospital on Wednesday evening after complaining of dizziness.

Despite the uneasiness, the chief has refused to give a sample for a Covid test, said the PGIMS administration.

“We will ask him to give his samples today as Covid-testing is mandatory as per protocol in view of the prevailing situation,” said the PGIMS Medical Superintendent, Dr Pushpa Dahiya, while talking to reporters.

“As of now, he is stable, and has been kept under observation. His blood samples have been sent for testing and other examinations are also being carried out,” she stated.

The jailed Dera head, who has been convicted and sentenced for the rape of two of his women disciples and murder of journalist Ram Chander Chhatrapati, was taken to the PGIMS under tight police security on Wednesday.

District police spokesperson Sunny Laura had confirmed that the Dera chief had been taken from Sunaria jail to Rohtak PGIMS.

As per official sources, the jailed Dera head has been suffering from hypertension and diabetes and complained of dizziness.

Jab at home for physically challenged in Rohtak district

Consumer Price Index numbers on base 2012=100 for Rural, Urban and Combined for the Month of May 2021