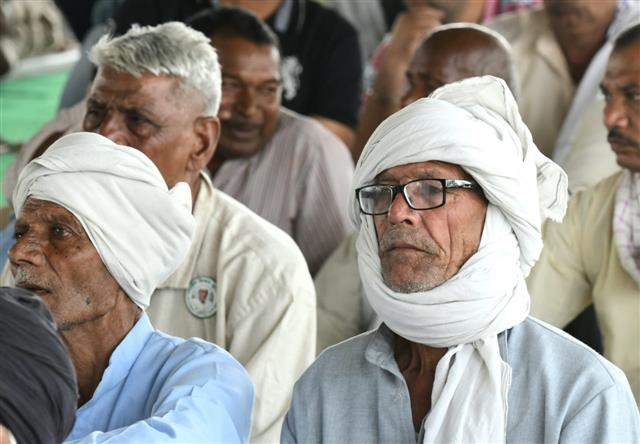 Farmer unions on Sunday condemned the demand for immediate implementation of the Essential Commodities Amendment Act (ECAA) by a parliamentary committee.

The ECAA is one of the three laws against which farmers have been protesting at Delhi’s borders.

The parliamentary panel, which also has members from opposition parties, including the Congress, TMC and the AAP, asked the government to implement in “letter and spirit” the ECAA.

These parties have been demanding repeal of all three farm laws enacted by the Centre recently.

“It is insensitive to the food security of poor people and the demand to increase the procurement of farmers’ crops,” the Samyukta Kisan Morcha, a joint front of the protesting farmer unions, said in a statement.

“We appeal to farmers, labourers and common citizens to intensify their struggle for the repeal of the three laws and legal right of minimum support price,” the SKM said.

The Morcha said it is clear from the overwhelming support from “Kisan Mahapanchayats” against the agricultural laws that the proposed “Bharat Bandh” on March 26 will be successful.

It said all services, other than emergency services, will remain suspended from 6 am to 6 pm on that day. PTI

APT to offer river cruise charter in Croatia next year

Jackie Shroff: They are all experimenting with me, I am flowing with the tide