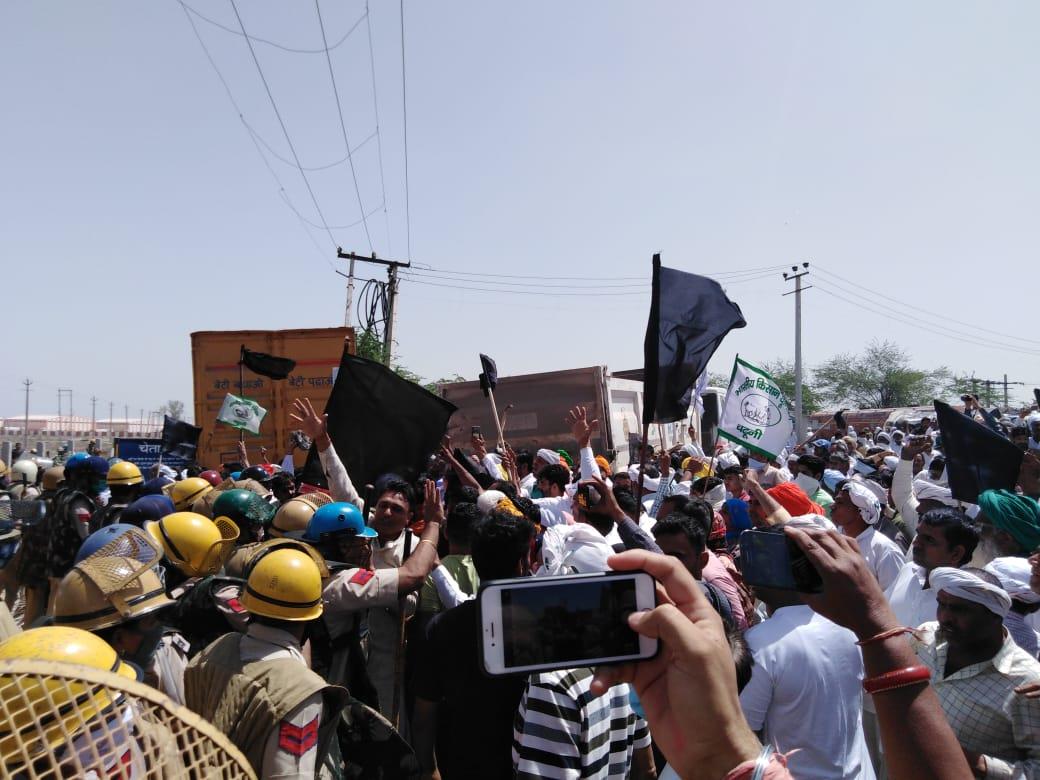 Farmers on Thursday held a protest against Haryana Deputy Chief Minister Dushyant Chautala outside the Hisar airport and demanded the withdrawal of the Centre’s new agricultural laws.

Dushyant arrived at the airport to attend a meeting and other programmes.

After farmers, who have been protesting in Hisar against the agricultural laws for the past few months, learned about his visit, they gathered outside the airport in large numbers.

The farmers, including women, carried black flags and raised slogans against him and the government on the main road outside the airport. They demanded the withdrawal of the three farm laws.

Traffic on the Hisar-Delhi national highway was also affected due to the protest.

Chautala, whose Jannayak Janata Party (JJP) is the coalition partner of the ruling BJP in Haryana, has faced repeated protests from farmers over the past few months for supporting the agricultural laws.

The Centre has said the new farm laws will benefit farmers by freeing them from the clutches of middlemen and ushering in new technology in the sector.

However, farmers say these legislations will remove the safety net of the minimum support price (MSP) and leave them at the mercy of big corporates. — PTI