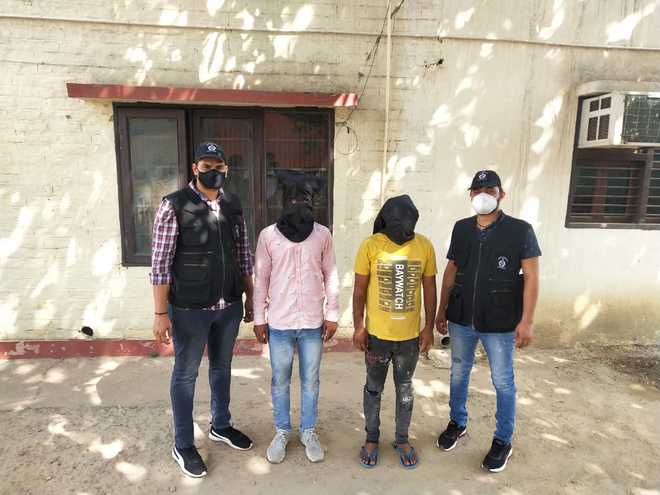 The Gurugram police have busted a major extortion racket being run in the local vegetable wholesale market allegedly by henchmen of now jailed gangster Kaushal. They were reportedly not only taking “protection money” from them, but also forcing traders to get their vegetables from Delhi using their vehicles at thrice the rate.

A country-made pistol has been recovered from their possession. According to the police, fruit vendor Taalim Khan, a native of Nuh district, filed a police complaint that in April, three men allegedly threatened to kill him and demanded extortion money on monthly basis.

“They came again on Saturday and identified them as Sadhu and Bandar. They claimed that they are henchmen of gangster Kaushal and I must give them Rs 2,000 weekly, but when I denied they held me at gunpoint and threatened to kill me if I did not pay them in two days,” Taalim told the police.

Following the complaint, an FIR was registered against the accused under Sections 387 (extortion), 506 (criminal intimidation), 34 (common intention) of the IPC and Sections 25-54-59 of the Arms Act.

The crime unit nabbed the three and is conducting raids to nab Sunil. After the arrest, it was revealed that some cops were sheltering accused Sunil.

Sources said the vehicle of the accused was seized by a crime unit team, but it was released soon after a high-rank police officer approached them. A senior police officer confirmed that the same was reported, but they were verifying the facts.