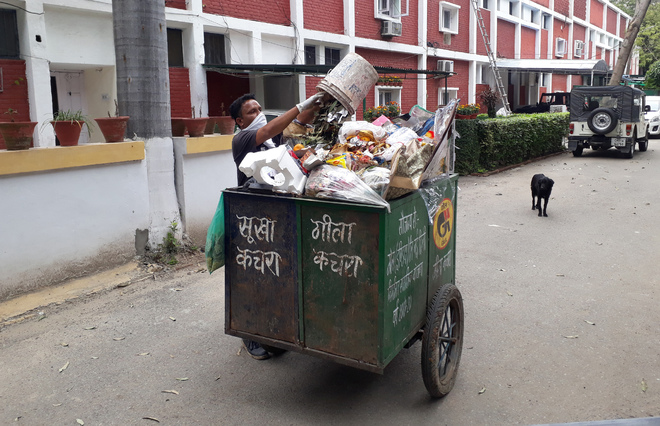 Waste collection and disposal have turned out to be a chronic problem in Faridabad. Around 60 per cent of households here still don’t have access to the doorstep collection system.

The civic authorities have, however, sought help from the corporate sector for building a robust infrastructure.

“The city that outsourced waste collection to a private company in 2017 on a monthly budget of Rs 28 lakh is yet to overcome the crisis. The state of solid waste management here is in a bad shape despite the annual budget of the Municipal Corporation (MC) touching Rs 2,500 crore,” said an official on the condition of anonymity.

Notably, a majority of the population has no access to waste disposal and even the MC or the agency has been unable to provide the services properly. Also, steps such as issuance of notices and imposition of penalty have failed to improve the work on the ground.

Admitting that doorstep collection had benefitted only 40 per cent households, MC Commissioner Yash Pal Yadav said with October 2 being the deadline to bring in major changes in the waste disposal system, issues regarding inadequate infrastructure, shortage of vehicles and staff were expected to be resolved by that time. Claiming that the MC had less than half of the required vehicles at present, he said efforts were on to increase the fleet from 230 to 460 soon.

A decision to set up special committees in each of the 40 wards to look after the job and create facilities to recycle or process the waste locally had been taken, Yadav added.

In the meantime, the authorities are also looking for alternative disposal|sites as the one at Bandhwari village is already full to its capacity. Around 800 tonnes of waste is churned out here daily.