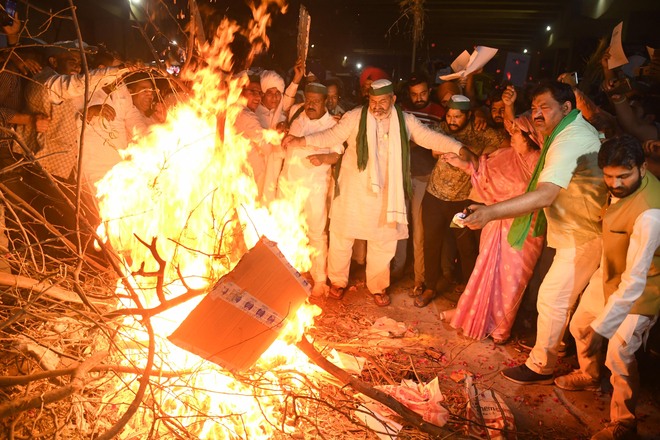 Protesting farmers at Tikri border on Sunday celebrated Holi, albeit in a different way. They held a cleanliness drive at the camping site spreading over 13 km, from Jakhoda turn to Tikri. The farmers also decked up the main protest site with balloons.

“We are putting up at Tikri for four months. It is our home till the three farm laws are repealed. We thus cleaned up the site and prayed that the Centre comes to its senses and agrees to our demand,” said Gurbachan Singh, a farmer from Mansa.

He alleged that despite repeated requests, the local authorities failed to get garbage lifted from the site.

BKU leader Purushhotam Singh Gill said the government had claimed that the farmers would return home by Holi. “We have taken a vow not to move an inch till our demands are met,” Gill said.

Terminder Singh, another farmer, said: “Till the time we are here, we will celebrate every festival with communal harmony and brotherhood. As the tradition goes, people burn negativity in ‘Holika dahan’. We too burnt copies of the three farm laws today to register our protest.”

Tried to discuss oxygen issue with Modi on phone but PM was busy in WB polls: Uddhav Thackeray

Solid 4-under start for Shubhankar