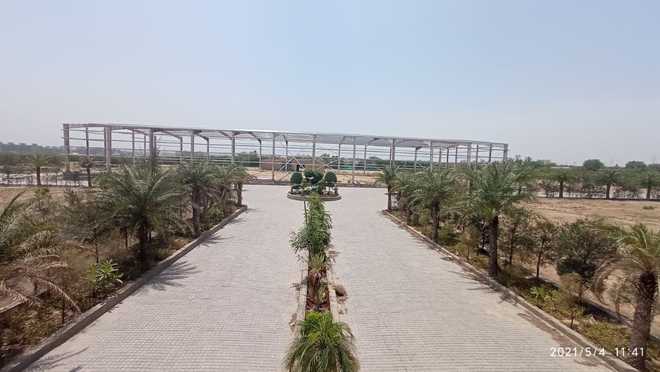 Despite a ban, illegal constructions have been on in the Aravalli forest area in the district, with the authorities concerned failing to curb these.

While the Forest Department lodged a complaint with the police against the owner of a farmhouse and an ashram developed on the main Surajkund road recently, it was revealed that an FIR under provisions of Sections 4 and 5 of the PLPA Act, 1900, was still to be lodged. Sources said this had come in the wake of complaints lodged with the forest and police departments that certain illegal constructions had come up in the area.

Though a case had been filed in the NGT by a local in 2019 in which the authorities had been directed to probe the matter and check any such activity if detected, a complaint addressed to the CM has also been sent to officials of the Forest, Local Bodies and Police departments, besides the DC and MC Commissioner on April 4, this year, seeking action against the accused.

It is alleged that with rampant constructions in the protected forest belt going on unchecked, the land mafia had even been putting advertisements on the social media for the sale of farmhouses, starting from Rs 75 lakh.

Stating that while a total area under illegal occupation could be over 200 acres, Vishnu Goel, an activist, said action had been pending against the 120 farmhouses detected as illegal by the MC in 2018.

Claiming large-scale anti-forest activities, Jitender Bhadana of the “Save Aravalli”, an NGO, said illegal constructions had been going on unabated due to the patronage of influential persons and inaction by the departments concerned. Only a damage report is issued and a majority of the accused go scot-free after paying penalty of just Rs 400 per case.”

Meanwhile, DFO Rajkumar said while 11 FIRs had been recommended or lodged since January 1 this year, but it were the police that had to take further action.