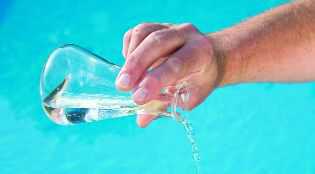 With the arrival of a machine “gas chromatography mass spectrometer”, the State Water Testing Laboratory, situated in the city, has got a boost. The machine will detect traces of pesticide in water resources, but is yet to be installed. The authorities are hopeful that it will become functional in the first week of April.

In the first phase, around 12,000 water resources, including tubewells and borewells of the department that are supplying drinking water to consumers in the state, will be tested and analysed so that the canal and groundwater can be saved from being polluted or contaminated.

In the second phase, the testing facility will be available for private persons also, who could get water tested by paying nominal charges to be fixed by the government, said Amit Singh, State Chemist at the Water Testing Laboratory. “Samples from across the state will be tested here,” he added. Amit Singh said the state government had purchased machine and equipment for around Rs 2.5 crore, while the Chandigarh-based company had been assigned to maintain and operate the machine for five-year at the cost of Rs 1.5 crore. He said water pollution had become a challenge due to industrial activities and also haphazard use of pesticides in the agricultural sector. “To deal with the problem, the government had decided to test the traces of pesticides in drinking water. For it, the state lab has been provided this machine, which can easily detect the traces of pesticides,” he said, adding that this step would help in checking pesticide contamination in drinking water. The state chemist said the government had established water testing labs at all district headquarters. Also, on October 2, Chief Minister Manohar Lal Khattar had dedicated a mobile water testing lab for rural areas. He added that around 10 per cent samples failed the purity test and for which recommendations were being given to the JEs and SDOs concerned.

Government approves stepping up of production of Remdesivir