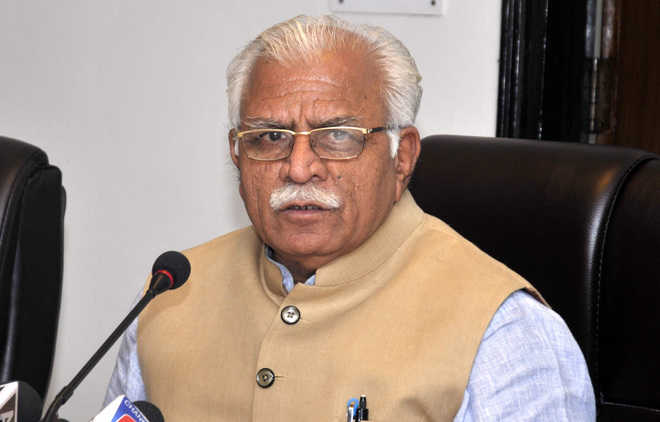 Chief Minister Manohar Lal Khattar has announced a settlement scheme for the clearing the dues of the HSIIDC plot owners. It will benefit more than 2,250 industrialists.

As per the announcement, if industrialists pay the outstanding plot cost and the enhanced cost in one go, they will get a waiver of 25 per cent on overdue interest and 100 per cent on penal interest.

There was an outstanding amount of around Rs 1,500 crore and the benefit was likely to the tune of Rs 225 crore, Khattar said. He also announced rationalisation of the extension fee structure with effect from April 1. The period for the completion of the project beyond the initial time of three years will be deemed extended for further three years on the payment of the rationalised extension fee, to be decided by the HSIIDC Board of Directors, for three categories of estates — A, B and C. Khattar hinted that for the ‘A’ category estate, the 4th and 5th year extension fee would be Rs 50 per sq mt, for the ‘B’ category, Rs 25 per sq mt, and for the ‘C’ category, it would be Rs 10 per sq m.

He said at present, Rs 636 crore of extension fee was outstanding from 330 allottees.

The CM also announced that the HSIIDC would waive 50 per cent of the outstanding amount because of the extension fee. He added that in case the allottees were not able to complete their projects, they could apply for placing the plot for sale by auction through the HSIIDC before the commencement of the sixth year. — TNS