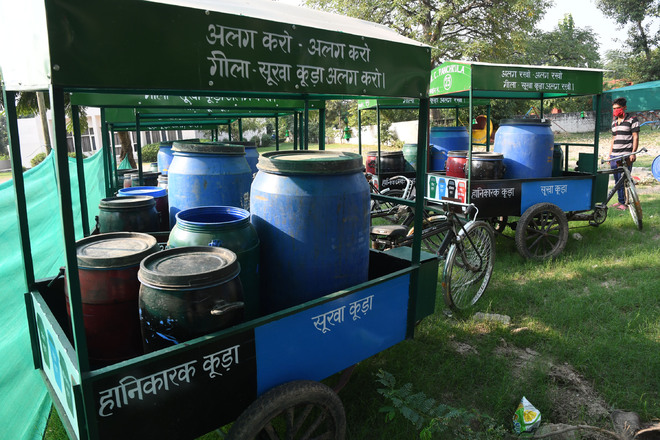 With a purpose to strengthen the sanitation system in twin towns, Yamunanagar and Jagadhri, the Municipal Corporation has decided to buy 100 garbage tricycle rickshaws.

The MC authorities recently invited tenders to purchase these garbage tricycle rickshaws with a partition for dry and wet waste. According to normal practice,sweepers clean the roads and streets in colonies and accumulate the garbage at different places.

Another team comes later to lift those piles. But before the teams come, stray dogs, cattle and pigs convert the piles into litter again.

He further said they had recently invited tenders to purchase these garbage rickshaws. “We are making all efforts to make twin towns Yamunanagar-Jagadhri and villages falling under jurisdiction of the Municipal Corporation beautiful and garbage free,” said Madan Chauhan.

Centre will provide a total of 5.86 crore Covid-19 vaccine doses to states and UTs free of cost from May 1 to June 15