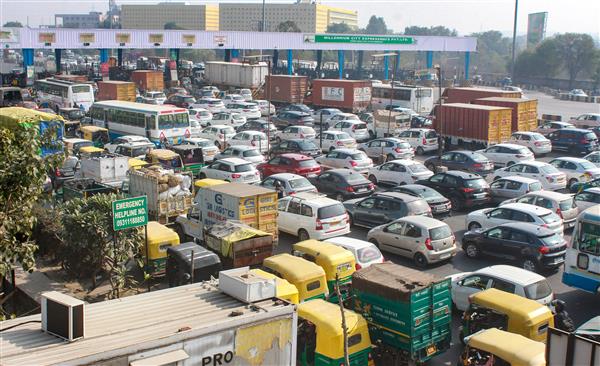 A hike in toll from April 1 at the Kherki Daula toll plaza has drawn protestations from local residents in the area.

The National Highway Authority of India recently sanctioned an increase of Rs 5 from Rs 65 that private vehicles currently pay to use the Delhi-Jaipur Expressway. Heavy motor and multi-axle vehicles will pay Rs 205. There’s no hike for LCVs.

The new rates will be applicable from midnight.

The decision to hike toll charges has left over 20,000 families living primarily in New Gurugram’s Sectors 82-95 livid. These residents, who must pay toll charges each time they head to Gurugram, say they’ve been demanding that the toll plaza be removed altogether.  They have also started a social media campaign against the new charges.

“We were already paying 130 rupees for every day for going to our offices, markets, hospitals and schools. Someone who goes to Gurugram every day spends Rs 4000 a month. We have no facility on this road, and this plaza keeps our air quality poor all year round,” said Praveen Malik, a representative of New Gurugram’s Resident Welfare Association.

The villagers nearby have been exempted from the toll, he said.

Residents say they were promised that the plaza will be removed to another place, but there’s been no word on that from the authorities since.

“Where in the entire country do you find people paying to go around in their own city? We’re been made fools of for years.  We won’t take it anymore. We want exemption just like the villagers,” Sujjan Yadav, a member of the Toll Hatao Sangram—a group instituted with the aim of having the toll plaza removed.

Some 75,000 vehicles cross toll plaza on an average day. In response to a query, a senior official of NHAI said that hike was approved under terms of a contract signed with the concessionaire.

HC pats social media for reaching out to needy patients