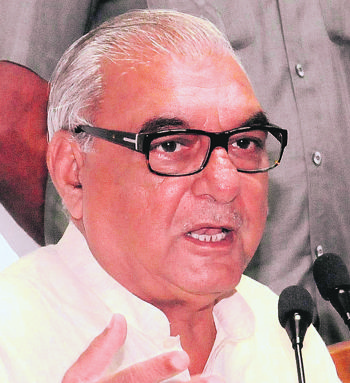 Former Chief Minister and Leader of the Opposition Bhupinder Hooda on Sunday advised the state government to formulate a special policy for the rural areas in view of the sudden surge in Covid-19 cases.

“A large population in villages has been hit by Covid and they are fighting for their lives due to the lack of treatment. While the villages have been hit, there is no system of testing or treatment. There have been reports of deaths in village after village and many families have lost their loved ones, but the death toll in rural areas is not being shown in the government records,” he alleged.

Hooda said the government would not be able to assess the true situation without collecting data from the villages along with the cities. There was an urgent need to scale up medical facilities in rural areas.

“The government should ensure testing, tracing, medical camps as well as provision of temporary hospitals in the villages. There is need to formulate a comprehensive policy so that villagers can get the medical advice and treatment on time,” he added. — TNS