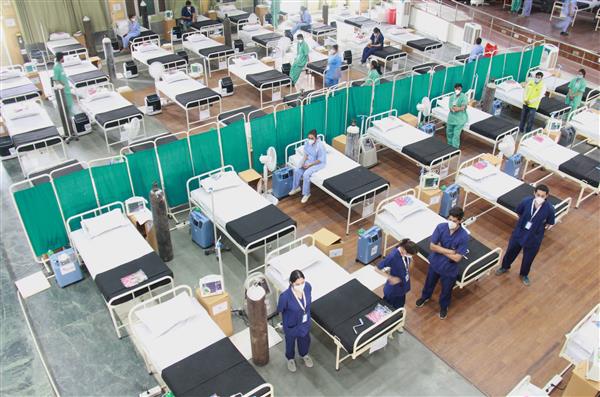 Gurugram health department has registered some 40 cases of mucormycosis, or the black fungus infection, in the district, officials said.

The fatal fungal infection has been responsible for several deaths among Covid-19 patients across India.

Sources from the health department claim that while 40 may be official number, the district may have 49 cases so far. In fact, Gurugram and Faridabad account for 70 percent of cases reported in Haryana, the sources said.

The sources said Max, Fortis, Medanta, Paras and Artemis have seen several such cases, not just from Gurugram, but also from other districts of Haryana and even Delhi.

“There are 40 cases of Mucormycosis in Gurugram and we have asked all hospitals to share data with us regularly. We’re strategising and executing the treatment,” Dr Virender Yadav, Gurugram’s chief medical officer, said.

An increase in these cases has led to rise in demand for Liposomal amphotericin B, an injection used in treating the fungal infection. The injection is being sold in the black market at four times the price, sources said.  Social media is flooded with requests for injection, which is now in short supply in Haryana after the state categorized it as a disease.

Officials in the drug control department said they were working with hospitals and pharmacies to regulate the supply and sale of the injection.