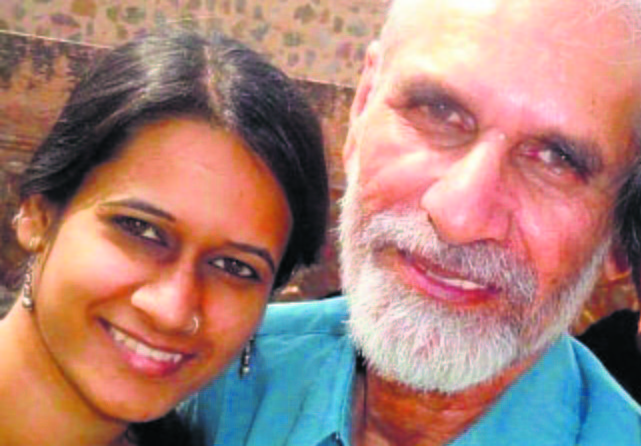 Dr Mahavir Singh Narwal, president of Haryana Vigyan Manch and the state chapter of the Bharat Gyan Vigyan Samiti, died at a local hospital on Sunday evening. He was battling Covid for two weeks.

The agricultural scientist, who was associated with the CPM and People’s Science Movement, is survived by his daughter, Natasha, a people’s rights activist, and his son, Aakash.

Narwal’s body could not be cremated today as Aakash is also down with Covid, while Natasha, who is lodged at Tihar Jail in Delhi, could not reach Rohtak despite being granted interim bail by the Delhi High Court.

“It will take some time for Natasha to get released from jail and reach Rohtak. Hence, the cremation will now take place tomorrow,” said Narwal’s friend and veteran CPM leader Inderjit Singh.

Natasha, who is a research scholar at Jawaharlal Nehru University (JNU) and had participated in the anti-CAA protests, had been booked under the Unlawful Activities (Prevention) Act and arrested in May last in connection with north-east Delhi violence.

She is also associated with Pinjra Tod, a collective of women students and alumni of colleges across Delhi that seeks to make regulations of hostels and paying-guest (PG) accommodations less restrictive for women students.