Screening of all villagers in Haryana in 10 days: CM Khattar 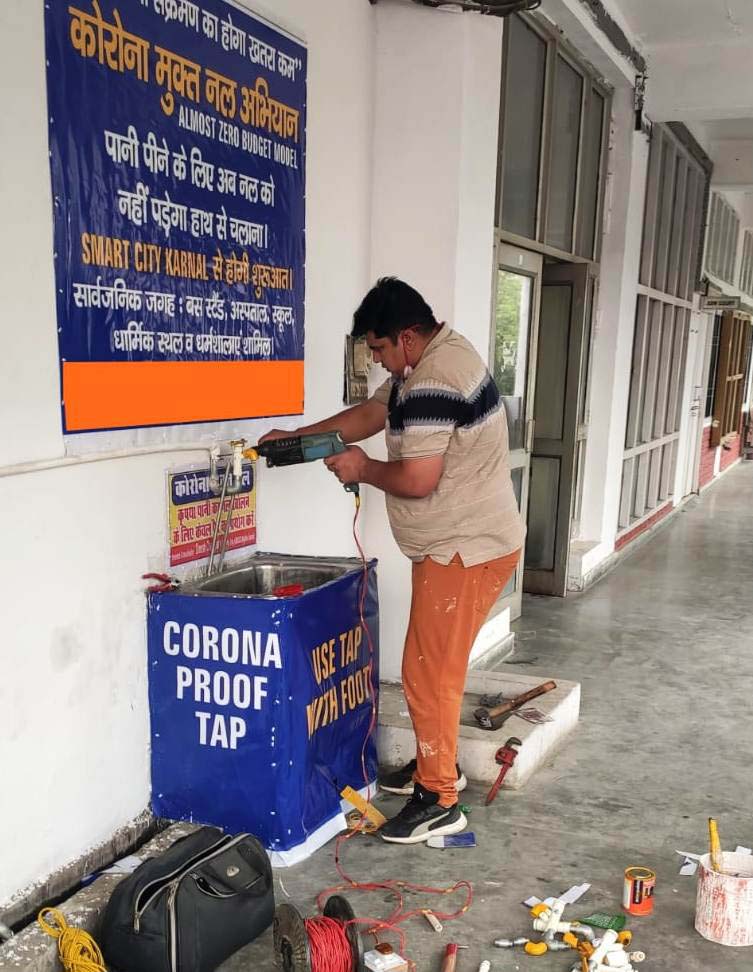 Haryana Chief Minister Manohar Lal Khattar has given directions to get sanitisation done in every village of the state. The Chief Minister was presiding over the meeting of Deputy Commissioners and Nodal Officers here on Thursday to review the plans for conducting home screening and general health screening in the villages.

The Chief Minister said 8,000 teams have been formed to conduct door-to-door screening and health screening in rural areas of Haryana, out of which 1,000 teams will start functioning in an active manner soon.  The Chief Minister directed that within 10 days every person of every village should be screened and general health check-up done.

The Chief Minister said keeping in mind the increasing cases of COVID-19, arrangements have been made for the villages so that the infection can be controlled at the earliest.

He said refilling and home delivery of oxygen cylinders for COVID-19 patients who are in home isolation should be arranged on time. Patients, who have registered on the prescribed portal, should get the cylinder as soon as possible. For this, PCR facility should also be availed. He said for the Home Isolation patients who do not have oxygen cylinders, the concerned Deputy Commissioner should ensure to arrange the cylinders at their level.  Along with this, oxygen concentrators can also be used according to capacity.

He said that 20 vehicles each have been given from the police department in every district while 5 mini roadways buses each have also been converted into ambulances. Therefore, no patient should have any problem related to transport.

The Chief Minister said that funds have been issued to set up Isolation Centers and other arrangements have been made for control of COVID-19 in the villages. The officers concerned should get the village sanitation done as soon as possible and also arrange for fogging keeping malaria in mind.  He said that some beds in private hospitals should be earmarked for referral cases. COVID-19 hospitals in Panipat and Hisar will start functioning soon. Referral cases from nearby districts should also be sent to these hospitals.

The Chief Minister said for three consecutive days, there has been a decrease in the number of COVID-19 patients. Despite this, we need to act more cautiously, he added. The Chief Minister was also apprised of the number of hot spots in the villages from each district and directed to make necessary arrangements as soon as possible.

The Chief Minister said arrangements should be made for vaccinating the people living in the far flung areas and to give priority to those who have to take second dose.

The Chief Minister said that if complaints regarding private hospitals charging more than the rate prescribed by the government for COVID-19 patients are received then a case should be registered immediately.  He said that private hospitals will be given a sum of Rs. 1000 per person per day on admission of patients of Haryana.  For this, it is mandatory for the hospitals to upload the patient’s admission and discharge on gmdahrheal.com portal.

During the meeting, Haryana Chief Secretary Vijai Vardhan directed to provide food and transport facilities to nurses and other medical staff working for COVID in hospitals and medical colleges.  He directed to establish communication with the families of employees working on the front line and make necessary arrangements for them. He said that Deputy Commissioners and Superintendents of Police should go to the field and know the problems of the people.