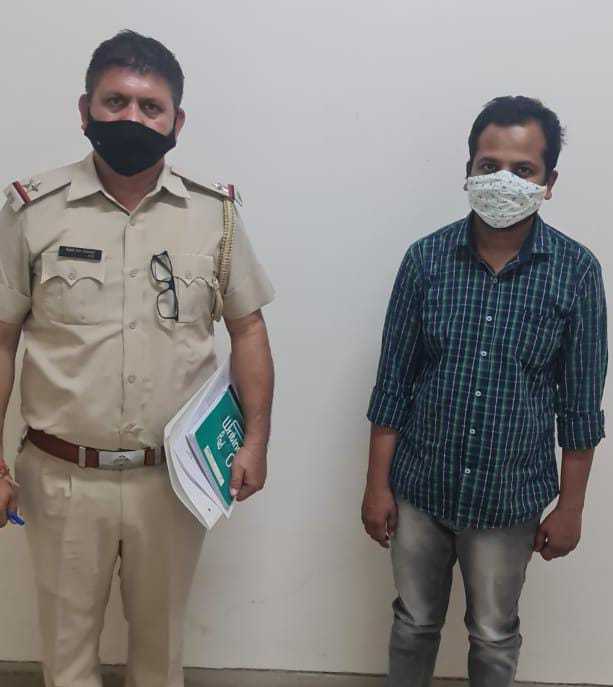 An English daily journalist has been nabbed for allegedly aiding RTI activist Harinder Dhingra in grabbing land and blackmailing people, especially officers, by doing planted news stories. Two fake stamps of Haryana Urban Development Authority (HSVP), a mobile and a laptop have been seized from his possession.

Dhingra has been sent to judicial custody, while his sons have been taken on six-day police remand. His wife, daughter-in-law and minor grandson are absconding.

The arrested journalist has been identified as Mohammad Shahnawaz Alam, a native of Dhanbad, Jharkhand. The police said Shahnawaz forged documents of plots and pressurised government officials.

“The arrested journalist was working as a partner with Dhingra for the past few years and he revealed during interrogation that he had provided fake stamps of the tehsildar of HSVP to make fake documents. Dhingra also used him to plant news in various media and blackmail officials. He had taken cash in return for the same and also got money transferred to his account,” said Dharmbir Singh, ACP, crime-2.

The police have recovered audio recordings from his and Dhingra’s phones that have brought at least three journalists of leading dailies under scanner, say sources.

Dhingra and his sons Prashant and Tarun Dhingra were arrested yesterday for alleged fraud of over Rs 15 crore. He allegedly mortgaged same property to many banks and took loans and never returned.

After the RTI activist’s arrest, banquet hall operator Sanjeev Kumar of Sector 4 filed a complaint against Dhingra, claiming that he had demanded Rs 50 lakh and taken Rs 5 lakh from him. — OC

Relaxation in Sirmaur district from 8 am to 11 am