Three hurt in clash between farmers and police in Rohtak 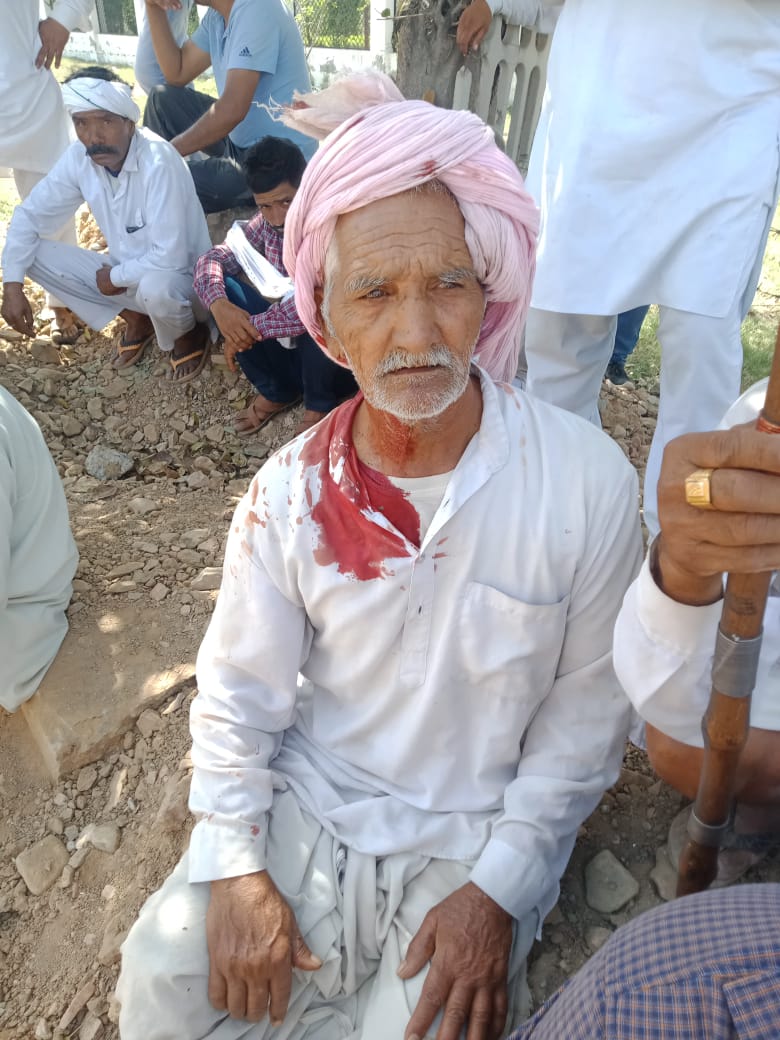 Two elderly farmers and a policeman were injured in a clash between protesting farmers and police personnel deployed near Baba Mastnath Matth on the outskirts of Rohtak city ahead of Chief Minister Manohar Lal Khattar’s visit on Saturday afternoon.

The Chief Minister was slated to come to Rohtak to attend a condolence meeting of local BJP MP Arvind Sharma’s father and his helicopter was supposed to land at the helipad on the matth premises.

However, the Chief Minister’s helicopter landed at the local Police Lines instead in view of the farmers’ aggressive protest. Khattar was taken to the condolence meeting by a different route amidst tight security.

A number of farmers carrying black flags marched towards the Mastnath Matth shortly before the scheduled landing of Khattar’s chopper and the police personnel deployed there tried to stop them.

Some youths among the protesters threw stones at the police personnel, which triggered the clash. Two elderly farmers and a policeman were injured in the clash. A number of women protesters also participated in the protest.

Rohtak SP Rahul Sharma denied any lathi-charge or use of force by the police, maintaining that a policeman and a farmer were injured in stone-pelting by the protesters.

On the other hand, the injured farmers, including Raj Singh (73) of Sanghi village and Ishwar (80) of Basantpur village in Rohtak district, asserted before the reporters that they had been injured in police lathi-charge.

Protesting farmers alleged that several protesters had been rounded up.

I am obsessed with Rishabh Pant; he is an absolute match-winner: Sourav Ganguly

Ankit Siwach isolates himself after testing positive for Covid-19

250 ventilators to be returned to Centre