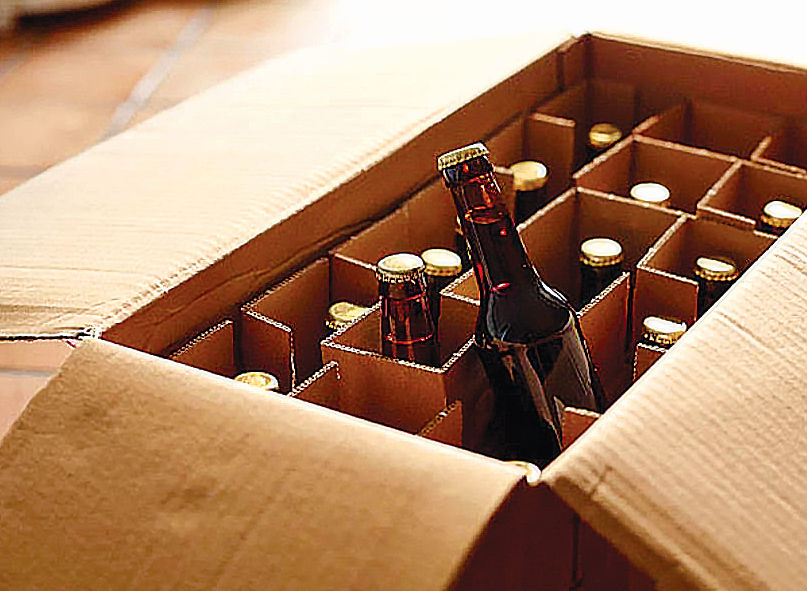 In the first case, a truck containing the illicit liquor was found parked in the sabzi mandi at Dabua here, when the cops raided the spot following a tip-off.

Two persons identified as Saqir and Adib, residents of Nuh district, had reportedly brought beer from Goa and were on their way to Noida in UP. As the accused could not produce valid documents of the liquor, the police seized it along with the truck and registered a case under the Excise Act and the NDMA against the accused, who were arrested, said a police official.

In another case, the police recovered around 1,800 litres of spurious liquor from two persons, who were carrying it in a truck in Sector 48 area. The truck was intercepted by the police after a tip-off.

It was brought from the Badli area of Jhajjar and was being taken to Aligarh in UP in an illegal manner, sources say. Two persons identified as Mahender and Rattan, both local residents, were arrested. While the accused were sent to judicial custody, the police said it had launched a hunt to nab the main accused identified as Madan Gopal, truck owner.

Case registered against four in Ambala

Ambala: A team of the CM flying squad and excise department seized 30 boxes of country-made liquor from a vehicle in Barara, Ambala on Wednesday. The cops arrested driver Rohit of Tandwal village and Pradeep. They disclosed they were on their way to Ugala village to deliver the stock on directions of Rohtash and his salesman Rajkumar. A case has been registered against all four under Sections 188, 269, 270, 420 and 120b of the IPC, 61 of the Excise Act and 51 of the Disaster Management Act.