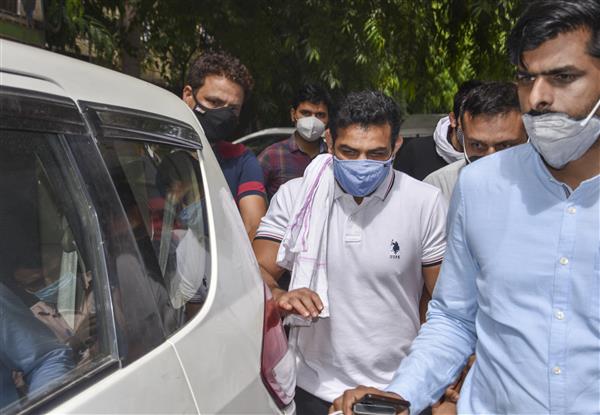 The middle class has been troubled the most in this pandemic: Rajesh Jindal, Anti-Corruption Bureau of India

The Witness Protection Committee of Delhi’s Rohini court has ordered round-the-clock police protection to all victims and witnesses in Chhatrasal Stadium murder case in which Olympic medallist wrestler Sushil Kumar is an accused.

The committee, chaired by Rohini court Principal District and Sessions Judge Swarna Kanta Sharma, passed the directions based on a report submitted by the Delhi Police which indicated that the threat perception to the witnesses is “real”.

“It is ordered that police protection 24×7 be provided to all the victims/witnesses with immediate effect till further orders,” according to the minutes of the meeting held on June 7,” the judge said.

The committee has also asked the Superintendent of Police (Sonepat, Hanai, Jhajjar and Rohtak), Haryana Police and DCP (North-West, Delhi) to install security doors, CCTV, alarms and fencing around the houses of the witnesses.

DCP (North-West), Superintendent of Police (Sonepat, Hanai, Jhajjar and Rohtak) and Haryana Police shall also direct patrolling teams to regularly monitor around the houses of the witnesses and to keep strict vigil, the order stated.

They have also been asked to coordinate with each other, file fortnightly reports and take further steps in providing adequate protection to the witnesses.

The committee further directed that it will be the responsibility of Delhi Police to provide protection and government vehicles or a state-fund conveyance when the witnesses residing in Haryana travel to Delhi for investigation purposes.

Inspector Prabhashu Kumar has been deputed by DCP (North-West) Usha Rangnani to look after the security arrangements of all the witnesses in Delhi.

The development came after the Delhi High Court issued directions on June 2 for constituting a committee for dealing with the witness protection application moved by the Delhi Police on behalf of three witnesses and victims.

Sushil Kumar and his associates allegedly assaulted Sagar Dhankar and two of his friends Sonu Mahal and Amit Kumar at Chhatrasal Stadium on the intervening night of May 4 and 5 over a property dispute. The 23-year-old succumbed to the injuries later.

Police have alleged Sushil is the “main culprit and mastermind” of the murder and said that there is electronic evidence wherein he and his associates could be seen beating the 23-year-old with sticks.

Sushil is in judicial custody in Mandoli jail and has been kept in a separate cell due to security concerns. PTI

There will be no deficiency in the care and infrastructure required for children catching COVID-19: Member, NITI Aayog