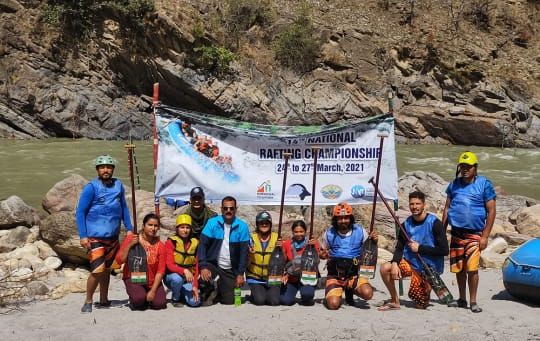 The Army clinched the overall trophy at the 14th National Rafting Championship held at Pandoh from March 23 to 27.

The second spot, too, went to an Army team while the third place was clinched by the Atal Bihari Vajpayee Institute of Mountaineering and Allied Sports, Manali. As many as 16 men’s teams and a few women’s teams took part in the championship.

“There were three events in the championship — down river sprint, slalom and RX. The Army teams took all three top spots in the down river sprint,” said Col Neeraj Rana, Director, Atal Bihari Vajpayee Institute of Mountaineering and Allied Sports. — TNS