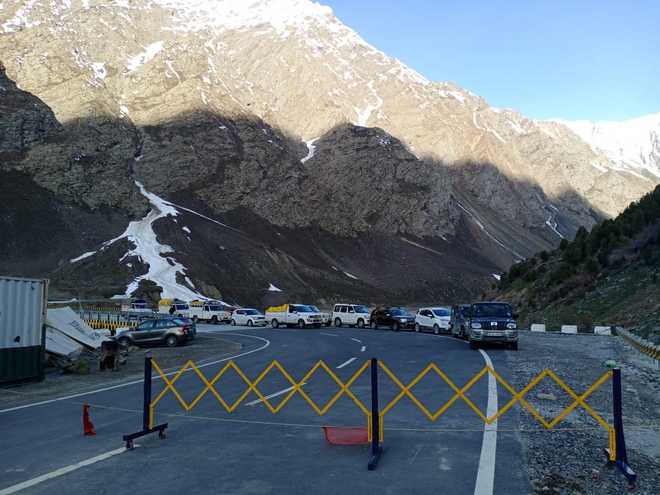 Lahaul and Spiti SP Manav Verma said 127 passengers in 23 vehicles were sent towards Leh while 11 commuters in five vehicles reached Darcha from Leh.

He said the vehicles would be allowed to move from Darcha till 12 pm. Many trucks were waiting to cross over to Leh and these would be allowed after clearance from the BRO. He added that an RT-PCR report had been mandated by the Leh administration and commuters should get in touch with the authorities of Leh and Lahaul & Spiti.

The BRO had been engaged to evacuate 32 trucks and six other vehicles which were stuck near Baralacha on April 20 due to sudden snowfall. As many as 234 commuters were rescued by the BRO, the police and administration officials till April 22 amid one of the heaviest snowfall spell of the season from Darcha to Baralacha Pass.

The BRO had restored the Manali-Leh highway in a record time on March 28 this year but it was again blocked as Baralacha experienced heavy snow on April 4. Some vehicles were allowed through Baralacha on April 16 while some trucks were evacuated on April 20. However, 32 vehicles were stuck as the weather again turned adverse. Now, the BRO has cleared the road.