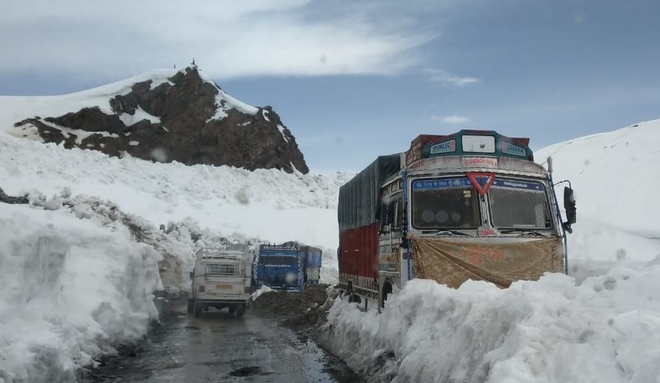 The Baralacha Pass (16,043 feet) on the Manali-Sarchu-Leh highway today experienced a fresh snowfall, obstructing the traffic movement. The road was thrown open to light vehicles yesterday after about 20 days. Many trucks had been waiting between Manali and Darcha to cross over to Leh since April 20.

SP Manav Verma said the vehicles were being sent after clearance from the authorities. He said the RT-PCR tests of commuters were mandatory to enter Ladakh and police stations in Himachal were also being informed about the trucks coming from Leh. Efforts were being made to keep the movement of vehicles smooth.

The weather has changed again and higher regions experienced light snowfall while lower regions were lashed by rain.