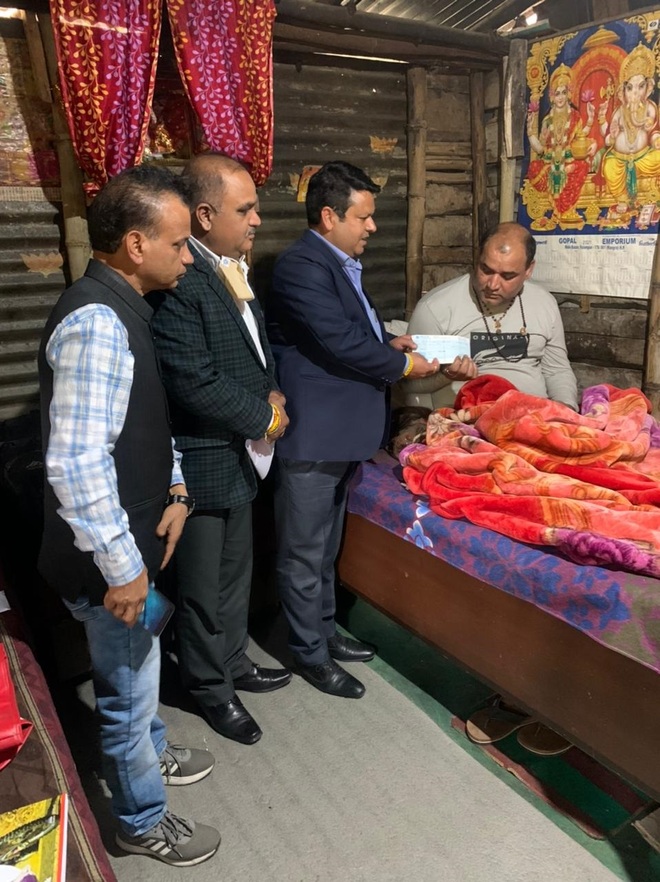 Dharmesh Ramotra, SDM, today visited the house of ailing mason Rajesh Kumar, who is bedridden because of permanent disability, and handed over him a cheque for Rs 2 lakh released by Chief Minister Jai Ram Thakur.

Rajesh had fallen from a roof while casting a concrete slab last year, since then he has been bedridden.

He is living in a small hut raised on the forest land on the outskirts of Palampur.

The Tribune had highlighted his plight in these columns, thereafter the state government came to his rescue. The SDM and other officials today visited the house of Rajesh Kumar on the directions of Chief Minister Jai Ram Thakur and assured him financial assistance. He said the revenue authorities had been directed to identify a piece of land to be allotted to Rajesh for the construction of a house since he is landless.

Kufri to be stink-free, land identified for stable