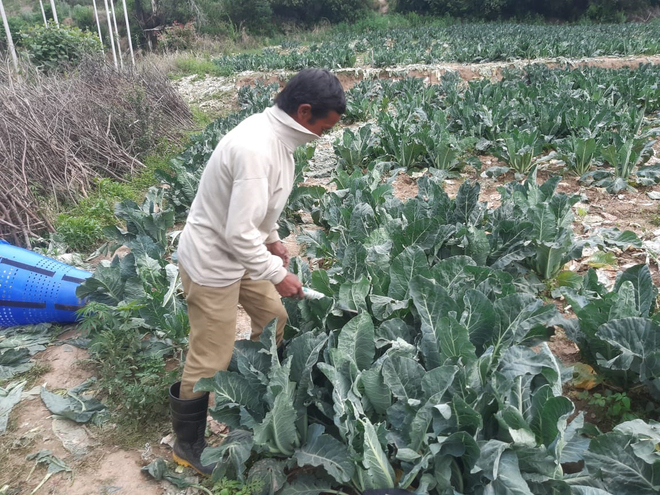 Cauliflower growers are suffering huge losses, especially those growing the vegetable at low altitudes, for the second consecutive year.

“We have been receiving Rs 3-5 per kg for our produce this season, depending on the quality,” said Rakesh Verma from Sainj in Theog subdivision, the hub of the vegetable.

“Cauliflower is the main source of our income, but we have lost money for the second consecutive year. Many in our area are contemplating to switch over to some other crop from next year,” said Verma.

Putting their losses into perspective, Manish Chaudhary, an arthiya at the Dhalli sabji mandi, said the famers need the rate of at least Rs 10 per kg to cover their cost of production.

“The situation is grim not just for the farmers, but for traders as well. I had sent a truckload of cauliflower to Delhi. It took three days for the produce to sell, and I suffered a loss of Rs 59,000,” he added.

Naresh Thakur, Director, Agriculture, admitted that the cauliflower growers were not getting remunerative prices.

“Farmers are getting just Rs 5 to 10 per kg in Kullu, Mandi, Solan and Shimla. The rate has not picked up because the demand has been hit because of curfews and lockdowns in the country,” he said. “Hotels and restaurants are the biggest consumption points for cauliflower. But with all these closed or functioning partially, the demand has fallen,” he added.

Besides, the other reason for lethargic demand is that the cauliflower season is still not over in the plains. “The season of the vegetable in the plains has prolonged, thanks to good quality seeds and rains. Our cauliflower gets good rate when the season in the plains is over,” said Chaudhary.

“Whatever may the reason behind the slump in demand, the fact remains farmers are losing a lot of money. We use to get Rs 5 per kg before 2000 and even then it was not a remunerative price. The input cost has increased manifold since then. So, Rs 5 per kg today is nothing but a cruel joke on the farmers,” said Surender Thakur, a farmer.

Accusing the government of indifference towards cauliflower growers, Verma said, “The government is quick to respond when apple growers suffer losses, but it is not bothered about those growing vegetables. Our losses too should be considered and compensated in some way.”