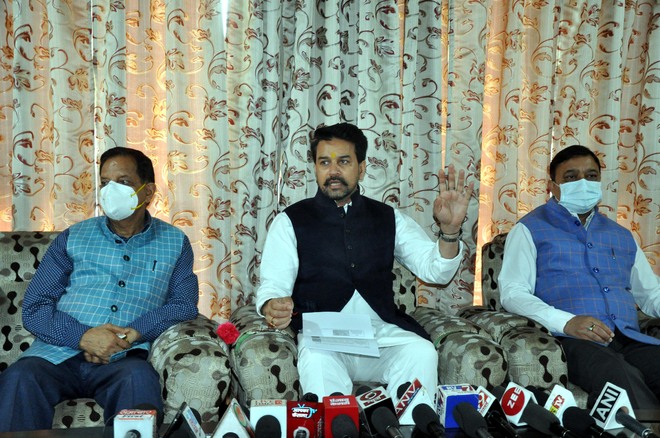 Union Minister of State for Finance Anurag Thakur campaigned for the BJP in Dharamsala today.

While addressing mediapersons here, Anurag claimed the credit for bringing up a cricket stadium in Dharamsala. He claimed that international matches held at the stadium had given boost to business and tourism in the city.

He said that the Union government had given ample amount for Dharamsala Smart City. However, the Congress-ruled corporation did not spend the money lying with it as it did not want to give credit to the BJP government for the development works.

He urged people to vote for the BJP in the elections for development of Dharamsala.