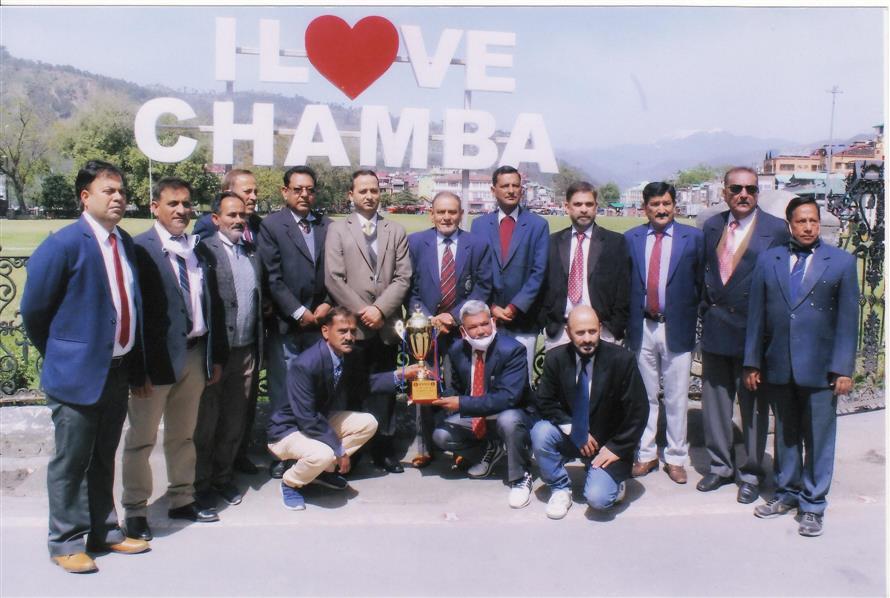 The Chamba veteran cricket team beat Nahan veteran team by 20 runs in T-20 cricket match played at Nahan. Deputy Commissioner DC Rana congratulated the team for the victory and honoured it. It was Chamba’s 4th victory over Nahan.

Maj SC Nayyar, captain of Chamba team, won the toss and elected to bat. Chamba team could not do well in first 6 overs when they lost two wickets when the score was only 40, but later on Pawan and Sushil played well and piled up the score to 120 when Sushil was out for 30 runs.

Pawan and Kurshid gave a good partnership and put the score to 120 in 20 overs. Pawan scored brilliant 75 runs not out with 4 sixes and 8 fours. Khurshid scored 25 runs and Virender score 20 runs. Chamba team scored 190 runs 4 wickets in 20 overs.

From Nahan side, Tarik got 2 wickets, Romal and Anil got one wicket each. To chase the score, Nahan team were all-out for 170 runs. At one stage, Nahan was in a good position when Parmod scored brilliant 72 runs with 3 sixes and 5 fours. But later on, the team could not play well against fine bowling of Anil who got 4 wickets. — OC

Ready to quit cinema if it becomes hurdle to political career: Kamal Haasan

India’s GDP to grow at 11 per cent this fiscal, surge in Covid cases may put economic recovery at risk: ADB