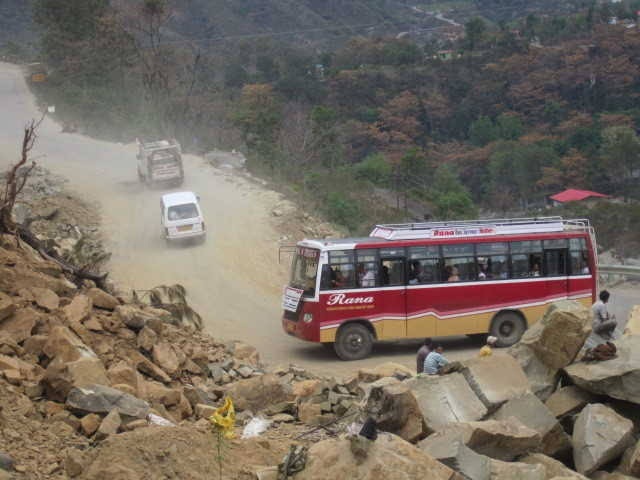 The Congress today came out in support of about 3,800 Nurpur families affected by the four-laning project of the Pathankot-Mandi highway. These people have been protesting, demanding fair compensation of their lands being acquired by the NHAI. Kangra district Congress president and former local MLA Ajay Mahajan, after convening a meeting with party office-bearers and frontal organisation units, told mediapersons here today that the party would resort to ‘satyagraha’ with the affected families after the Municipal Corporation elections in support of their demand.

He said the affected people, under the banner of Four Lane Sangarsh Samiti and Four Lane Lok Body, had been struggling for the past three years for justice and had met local MLA and Forest Minister Rakesh Pathania several times. He accused the minister of misleading the people, alleging that he had given them only hollow assurances. “The minister met the affected people a month ago and announced to quit the Cabinet if fair compensation was not accorded to them. He also assured good news within four days, but so far the government has made no announcement,” he said.

The Congress leader alleged that in Mandi district, during the construction of the Nerchowk-Manali National Highway project, the affected people were given compensation many times more than the assessed circle rates by the local Competent Authority for Land Acquisition (CALA). “But in Nurpur, CALA has not only violated the provisions of the Land Acquisition Act-2013, but also finalised basic compensation awards by reducing 40 per cent of the circle rates announced by the Kangra Deputy Commissioner three years ago,” he alleged.