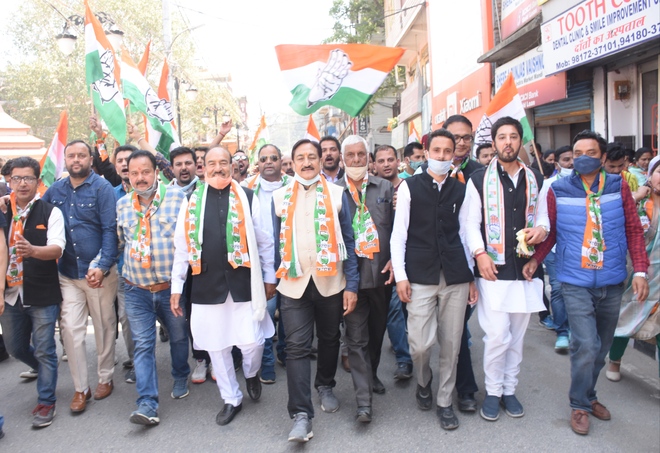 During the BJP regime in the state and at the Centre, the inflation and unemployment has been increasing.

Addressing party workers at Gandhi Bhavan, Rathore urged them to unitedly work for the win of Congress candidates. He said during the BJP regime in the state and Centre, the inflation and unemployment was increasing. He said the state government had failed on every front.

Rathore said BJP’s policies were responsible for the deterioration of Indian economy. Farmers of the country had been protesting on the roads for the past three months against the three new agricultural laws passed by the central government.

He said during the BJP regime, the government properties in the country were being sold.

Rathore asked the party workers to spread awareness about the BJP’s anti-people policies and decisions among the people.

“The people of the state are upset with the BJP government due to its poor performance. Chief Minister Jai Ram Thakur had neglected the development of Mandi Sadar and had remained only the CM of the Saraj region, his home Assembly segment,” he remarked.

Rathore claimed the Congress would win the elections to four Municipal Corporations at Solan, Mandi, Palampur and Dharamshala in the state.