Educational institutions to remain closed till April 4 in Himachal 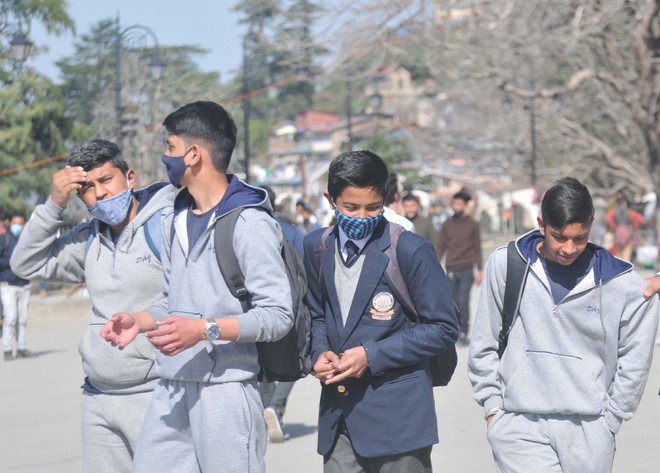 The government has ordered the closure of all educational institutions, including universities, colleges, technical institutes and schools, till April 4 as a precautionary measure due to the recent spike in Covid-19 cases in the state.

However, classrooms will remain open for students who are taking their exams during this period. The decision was taken during a high-level meeting presided over by Chief Minister Jai Ram Thakur here on Friday.

The Chief Minister said schools having residential facilities need not close their hostels, but they would have to comply with all standard operating procedures to keep the residential areas cut off and appoint a ‘compliance officer’ to ensure all orders are followed.

The Chief Minister said no social and cultural events would be organised in the state by the government and public gatherings would be restricted to a maximum of 200 persons for indoors and 50 per cent for outdoor events.

Congregations and ‘langars’ inside temples were banned, but ‘darshan’ would be allowed, he added.

The Chief Minister said there would be no public celebration of Holi, and urged people to celebrate the festival at their home with family members.

He said April 3 would also be holiday for all offices in the state.

The Chief Minister said all frontline workers would be sensitised to get themselves vaccinated at the earliest completing their second dose according to the schedule.

It was also decided at the meeting that respective district administrations would take a call on enforcing additional restrictions keeping in view the positivity and fatality rate in their areas.

Control room  in DPIIT to monitor the issues of internal trade, manufacturing, delivery and logistics of essential commodities during Covid pandemic