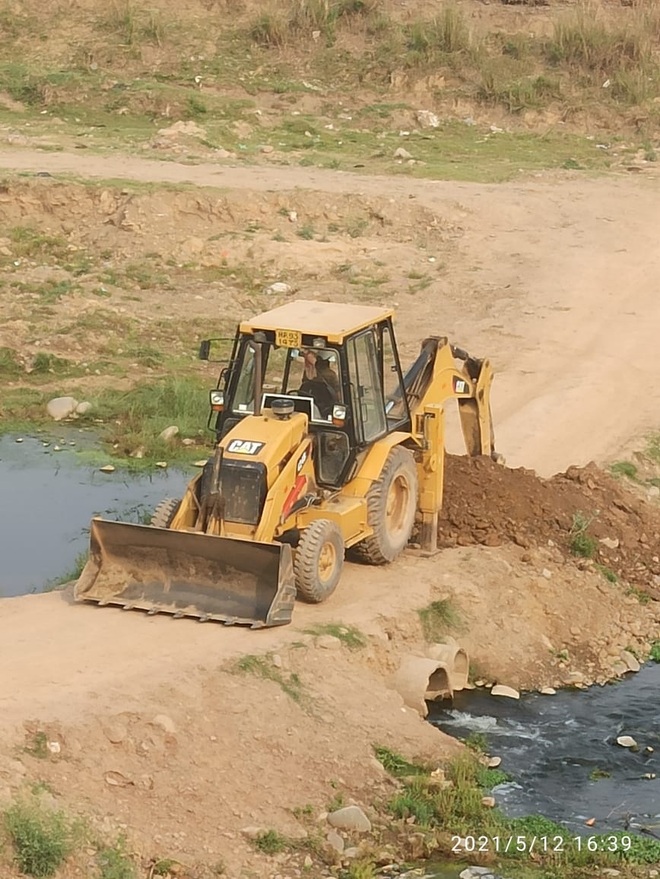 The local police today dug up 11 escape routes at the borders with Haryana and Punjab to prevent the unauthorised entry of industrial workers and construction labourers to the Baddi-Barotiwala-Nalagarh (BBN) industrial area.

“Since a large number of migrant industrial workers and labourers have unauthorisedly in the BBN area, 11 escape routes were dug up today,” said Rohit Malpani, SP, Baddi.

The problem is more pronounced along the Baddi-Barotiwala area as industrial workers from Uttar Pradesh, Bihar, Haryana, Punjab, etc. use this route to enter. The escape routes lalong Nalagarh borders are less used.

As the administration has introduced e-passes for entry to the belt and RT-PCR testing for those returning to work after five days or more, escape routes were facilitating convenient entry. As many as 4,000 people had applied for e-passes in the first two days for entry to work in the BBN area. This was in addition to buses carrying industrial workers and those coming in their own vehicles.

Adding to the problem of the Baddi police is the foot movement of about 40,000 industrial workers. Besides, 50,000 vehicles carrying industrial cargo adds to the dilemma of the police as additional force has been deployed to avert traffic jams.

“Four reserves, 400 men from the district besides 50 home guard sleuths have been deputed to man traffic in the BBN,” said the SP.