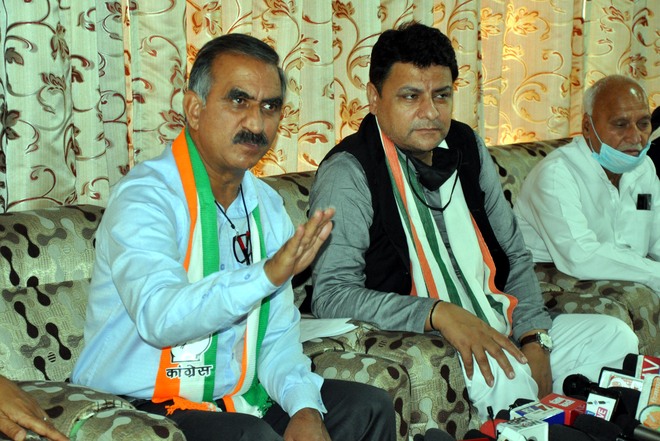 While addressing mediapersons here today, Sukhu alleged that Congress was willing to put on record the resolutions moved by Dharamsala MC house for development of the city. However, it was the state government that dumped all these resolutions.

Sukhu said that most of the development in Dharamsala took place when Sudhir Sharma was Minister for Town and Country Planning. It was the previous Congress government that gave Rs 223 crores for Dharamsala Smart City project but the present government failed to spend it despite the fact that board of directors of Smart City project was directly under the government, he alleged.

Sudhir Sharma said that the previous Congress government was so generous towards Dharamsala that it had even issued a notification to declare Dharamsala as second capital of the state. The present BJP government has dumped the notification.

He said the government was trying to divert the attention of the electorate by alleging corruption.

BDPO among 4 booked for fraud