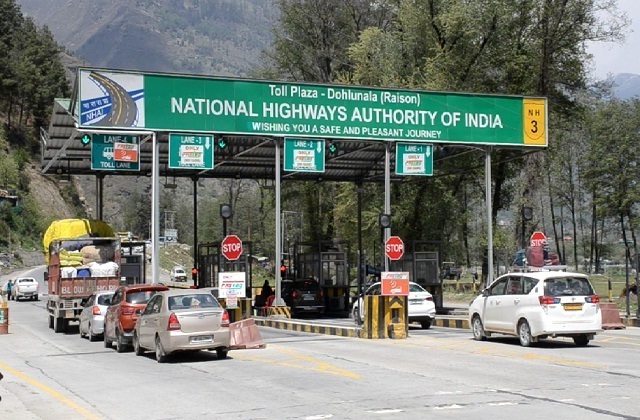 “All types of vehicles of residents within 20 km radius should be provided monthly passes. Local orchardists cross the barrier several times a day during the fruit season. The government should waive toll charges for the locals and exempt farmers’ vehicles, even if they are registered somewhere else or registered as commercial vehicles.” — Prem Sharma, Kullu Fruit Growers’ Association president

Farmers and agriculturists resented that monthly passes were not being made for their commercial vehicles to cross the toll plaza at Dohlunala on the Kullu-Manali national highway. They said residents in the radius of 20 km from the plaza were provided monthly passes at Rs 285 for each vehicle to cross the area any number of times. However, passes were not being made for commercial vehicles of residents or if the vehicle was registered at some other place, they said.

The people rued that they had to pay Rs 50 (Rs 35 for onward journey and Rs 15 for return) for each round trip through the plaza. The vehicles not having Fastag had to pay Rs 70 per one-way trip, they said.

Farmers, who have to transport their produce to the nearest sabzi mandi at Bandrol and have to cross the plaza many times a day, dole out hefty amounts. Kullu Fruit Growers’ Association president Prem Sharma said all types of vehicles of residents within 20 km radius should be provided monthly passes. He said local orchardists had to cross the toll barrier several times a day during the fruit season. He said the government should waive toll charges for the local people and provide exemption to the vehicles of farmers, even if they were registered somewhere else or registered as commercial vehicles.

Earlier also, representatives of various organisations and associations of Kullu and Manali had submitted objections against the toll plaza. The residents had stated it was not justified and logical to set up the toll plaza at the end of the national highway, just 24 km before Manali. They added that either the toll plaza should be removed permanently or local residents should be exempted from paying the fare. The residents of Manali said green tax and the Gulaba barrier were already existent and imposing one more levy on tourists would deter them to visit again. Tourism in the valley would be affected, they said.